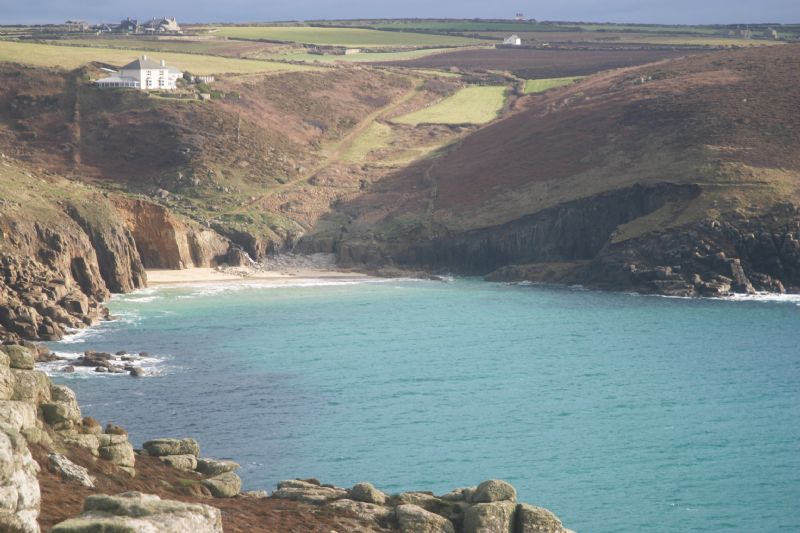 Nanjizal is a secluded beach and cove with magnificent granite cliff scenery and a rock arch.

It is located one mile south-east of Land's End and can only be accessed via the Cornwall Coast Path or by public footpath.

Nanjizal is part of the Porthgwarra to Pordenack Point Site of Special Scientific Interest (SSSI), designated forty years ago for its granite cliffs and maritime heath.

Also known as Mill Bay, due to the remains of a mill in the valley just above the beach.

The Nanjizal Valley is a popular location for bird watching and a West Cornwall Ringing Group Constant Effort Site (CES). The birdlife in the valley is monitored. Chiffchaff, whitethroat and
blackcap breed here.

Quite often you will see seals 'bottling' in the bay.

Nanjizal Beach is west facing with two streams cascading onto it. Depending on the sea and weather, the beach is sometimes sandy but more often a mixture of sand and large boulders.

On the south side of the beach is a magnificent rock arch called 'Zawn Pyg', also known as 'Song of the Sea'. There are usually a number of large rock pools in this area.
Zawn Pyg is much photographed and painted by artists.

There are a number of other caves on the beach.

On the the north side of the beach is a large rock near the cliff with the unusual name of the 'Diamond Horse' due to the quartz vein running through it which sparkles in the sun.

At low tide you may see the remains of the shipwrecked 'City of Cardiff', a former collier. In 1912 she was heading for Cardiff when she got into trouble during a southerly gale. Anchored just off Carn Les Boel with her engines running she was still drifting towards shore when a squall pushed her onto rocks. She was pushed ashore on an incoming tide. The Sennen Life-saving Apparatus Team rescued the crew, a two year old child and two wives using rocket apparatus.

No facilities. The nearest are at Land's End, Porthgwarra and Trevescan.

Nanjizal Beach is dog friendly with dogs allowed all year round.

Not suitable for surfing.

Swimmers should exercise caution and only swim at high water if the sea conditions are suitable.

There is safety equipment above the beach


Do you have information of a historic or community interest about Nanjizal which you would like featured on this page please email us with your information.

Public footpath from Trevescan (approx. three quarters of a mile) 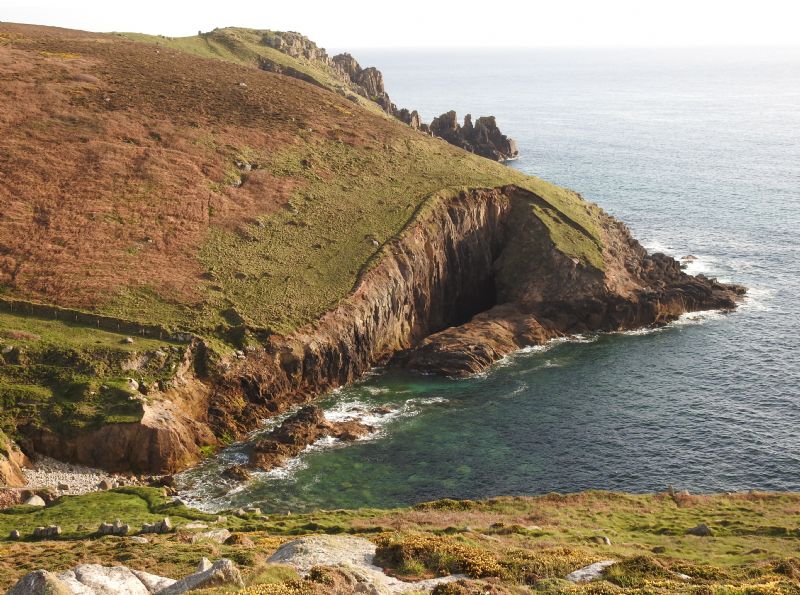 Businesses
in or around Nanjizal