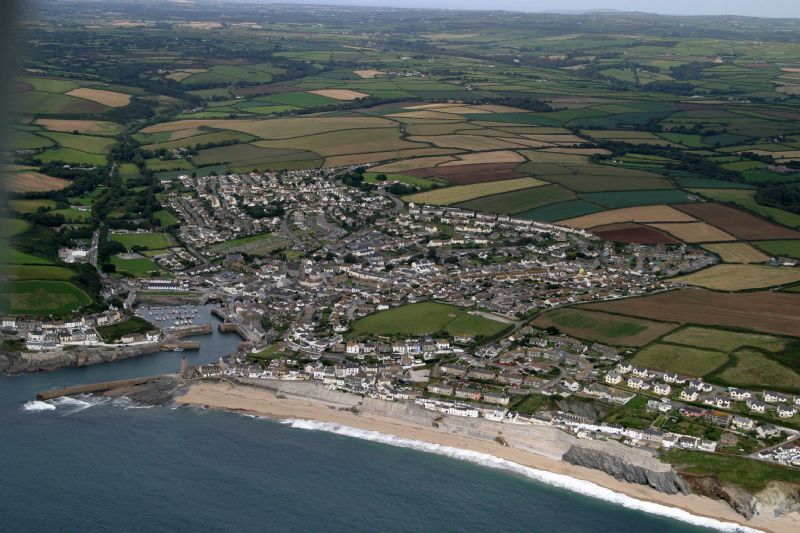 Porthleven from the air

Porthleven is Britain's most southerly port, an interesting harbour town which has been involved with the fishing industry for centuries.

Porthleven's most longstanding industry is fishing. The village depended on having a good pilchard season. One catch in 1919 produced a record 162,000 fish.

The sea, shipwrecks and wrecking form a major part of Porthleven's history. The residents of the parish in former times had a fierce reputation for their wrecking activities. Ships masters prayed for a safe passage through this area of Mounts Bay and to be delivered from the hands of the men of Breage and Germoe.

Smuggling was a popular industry for over 200 years and a necessity for some poor families during difficult financial times. It was estimated that in the early 1800s over 70,000 gallons of brandy alone was landed annually on the shores of Mount's Bay. One story tells of a customs officer while returning home to Porthleven encountered eight horses laden with smuggled goods. The smugglers beat and stoned the officer. A reward of £50 was offered for information but it was never claimed.

Bay View Terrace stands on a site that once contained a row of houses called Buenos Aires. They were named after the ship, Buenos Aires, who was wrecked and her timber was used in the building of the houses.

Gar-Tul, at Westside, where the St Piran's flag stands is the oldest house in Porthleven being over 300 years old, while the oldest part of the village is on its east side in the Mount's Road area and was known as Gravesend due to it being the burial place of a large number of shipwrecked sailors.

The cannons either side of the harbour are from the HMS Anson which was wrecked just to the east at Loe Bar.

The small tidal harbour is entered between Great and Little Trigg Rocks and the pier on the south side. The inner harbour can be closed off from the sea during bad weather. The harbour house dates from the 18th century and the west wharf from the 19th century.

Porthleven's clock tower and Institute, made famous in many photographs with waves and spray engulfing it during heavy storms, was gifted to the town in 1884 by William Bickford Smith. It is 72 feet high (22 meters). Prior to this, the Fisherman's Arms stood here with its claim to fame being the shooting by an official of a fleeing, deserting soldier.

One of Porthleven's most famous inhabitants was Guy Penrose Gibson, who spent part of his childhood living here. He become Wing Commander Guy Gibson V.C. famous for his role in the Dambuster raids during World War II.

Today, Porthleven is popular for surfing and has one of the finest reef breaks in the UK. This is for expert surfers only. See beaches for more information. Surfing is also popular from Porthleven's main beach where bodyboarding is popular.

In recent years, Porthleven has seen new growth with many new businesses opening in the town , particularly restaurants and cafe-bars serving a wide variety of fine cuisines.

'Harbour to Harbour' compiled by David and Jan Penprase. The book contains black and white photos of all the main characters in the village, together with a short biography on each person/s. A fantastic piece of village history and a 'must buy' for anyone interested in Porthleven. ISBN 0-9540318-1-4. Soft cover £15 Hard cover £50 (already sold out). Published by D&J Publishing, Flagstaff House, Porthleven, Cornwall, TR13 9DZ. (www.davidpenprase.co.uk) Contact david@davidpenprase.co.uk. Currently being shown in the the Customs House Gallery, Porthleven. All proceeds going to the Precious Lives Appeal.


Do you have information of a historic or community interest about Porthleven which you would like featured on this page please email us with your information.

Location:
Porthleven is located on the South coast in West Cornwall. 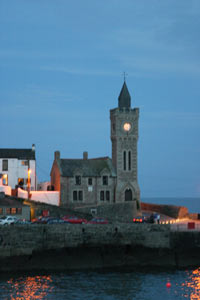