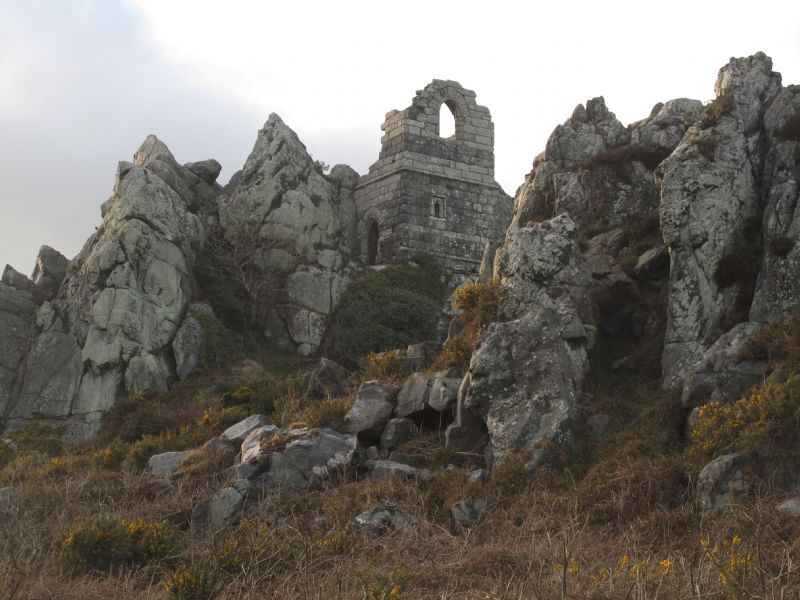 Much has been written about ghostly hauntings in Cornwall. From The Lands End to the northernmost tip of Cornwall, many Cornish towns and villages have their own particular ghost story which will thrill and enthrall you.

Haunted houses; ghost ships and their lost treasure; ancient smugglers; and shadowy lantern carrying figures are just a few of the stories to be told.

On the Land's End peninsula, a short distance from the A 3071 St Just to Penzance road just after its junction with the B 3318 is Carn Kenidjack, the Hooting Cairn. The strangely shaped rock outcrop is visible from the road and a public footpath leads towards it.

It is said that "the spirits of the Celts, possibly the spirits of yet older people, dwell amidst those rocks .....
The dead hold undisputed possession of all around; no ploughshare has dared to invade this sacred spot, and every effort made by modern man to mark his sway is indicated by its ruin". 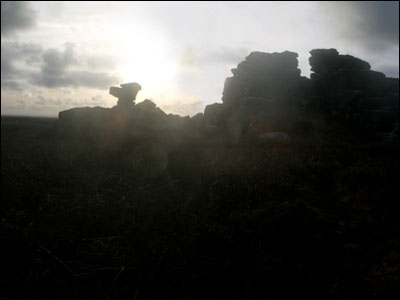 Such is the reputation of Carn Kenidjack that people passing near it would rush past it as quickly as possible in quiet sombre mood. Two miners passed by this spot one dark night and though the night was not a windy one, they heard a moaning noise coming from the Carn which arose into a hoot.

They believed they could see lights coming from the cairn and huge dark figures between the rocks. Then suddenly a horseman rode up behind them wearing a black gown and hood, his face partly covered. In fear that he may not see them and drive over them, they called to him and asked where he was going. The mysterious stranger told them he was going to watch the 'wrastling' (wrestling) at he Carn and he invited them to join him.

The men followed drawn by a strange compulsion. On arriving at the Carn they encountered a number of strange figures gathering, who seemed to grow out of the very rocks themselves, men of a huge size with fierce painted faces. Two figures came forward and entered the circle which was to be the wrestling area. To their great consternation of the miners, the mysterious horseman was the devil himself and the wrestlers nothing short of demons. 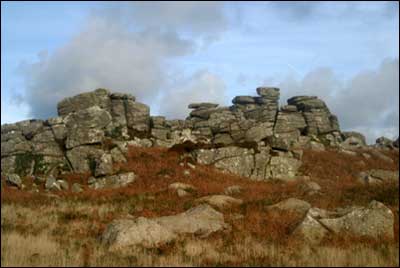 As the match progressed the miners were treated to the best wrestling match they had ever seen. Finally, one of the protagonists threw the other hard onto the ground, slamming him down on his back. The devil sat quietly watching the defeated wrestler lie dying and his demon spectators clammered around the victor, hooting and shouting.

The Cornishmen, believing in fair play, were aggrieved by the abandoning of the defeated competitor and moved forward to comfort him as he lay dying, whispering in his ear the solace of a Christian prayer. With the uttering of the prayer, the rocks shook as if struck by a thunderbolt and the night became as black as pitch with a strange rushing sound heard as the devil and all the demons both spectators and wrestlers disappeared. The terrified miners clung to each other in fear, not able to find their way and passed the night praying that they would survive until the daylight.

A tale is told in St Agnes of Dorcas, a suicide victim, who died by throwing herself into the shaft of Polbreen Mine. The spirit of Dorcas would call to the miners by name and distract them from their work as they answered her persistent calls. While for much of the time this caused a nuisance to the miners, it was not always so and on one occasion Dorcas called a miner away from an area where he was working shortly before a rock fall ensued which would have crushed him to death.

In Little Petherick, near Padstow, a robed monk-like figure has been seen, haunting a disused roadway.

At Roche, near St Austell, is a very striking granite outcrop known as Roche Rock.  The ghost of a former tin miner is believed to haunt the rock.  Evidence of his presence has been reported as a shadowy figure moving between the rocks and noises have been heard emanating from inside the ruined chapel.  Roche rock also features in Cornish folklore for its association with the evil lawyer, Jan Tregeagle.

Ghost Hunting at the Jamaica Inn on Bodmin Moor

Books can be purchased online by clicking on the links below :

The Popular Mythology of Cornwall: Giants and Ghosts: Vol 3

For other books and Dvds of ghostly interest in Cornwall please click on the following link:

See also our A-Z of Cornwall for the location of some of Cornwall's most famous ghostly sites, towns and villages around Cornwall with their own Ghost Stories and Tales of Haunting. 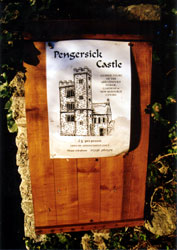