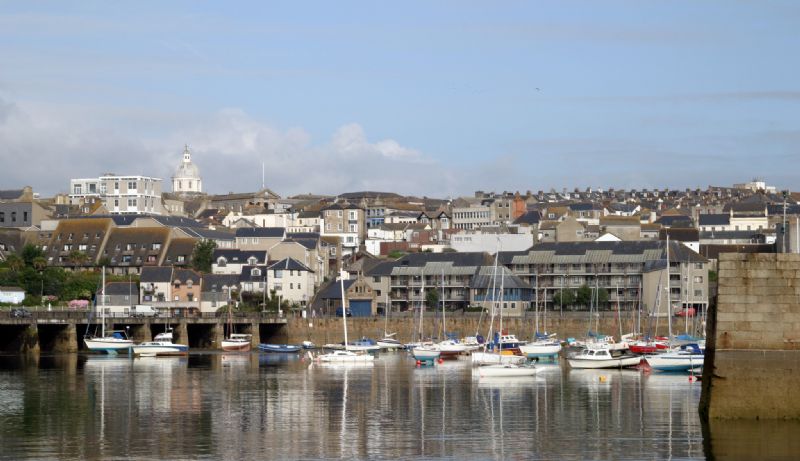 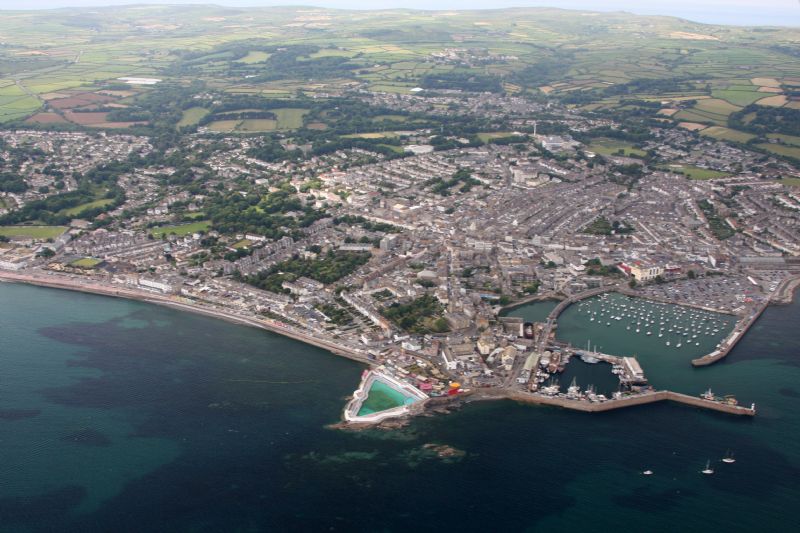 Penzance, in Cornish, Pensans, is a thriving town in the far west of Cornwall, lying on Cornwall's south coast only 10 miles from Land's End.

Penzance has a great charm and atmosphere and is a wonderful place to visit at any time of the year. It has a mild climate and this can be seen in the variety of sub tropical plants and trees which can be found growing in the town's Morrab Gardens.

Chapel Street is a delightful old street with many historic buildings and a very unusual one, the Egyptian House, so named because of its unique facade. Many of Penzance's oldest pubs are found on Chapel Street and it has some interesting specialist shops.

The name Penzance is derived from the Cornish words 'pen' meaning 'headland' and 'sans' meaning 'holy'.

Penzance's first theatre was established here in the late 1700s. Unfortunately, the Georgian theatre closed its doors in 1831 after a decline in the popularity of theatrical performances brought about in part by the rise of Methodism which considered such things frivolous. The building still exists and with the establishment of the Friends of the Georgian Theatre, Penzance in 1986, it is hoped that one day the theatre may be restored to its original function.

While on the subject of theatrical performances, a comic opera, written by Gilbert and Sullivan in the 1870s used Penzance and the Cornish coast as the setting of their comedic production, The Pirates of Penzance.

Today, Penzance still has an association with pirates, not of the seagoing type but a land based fancy dress challenge to have the most pirates in one place at a defined time in order to gain a place in the Guiness Book of Records. Penzance was successful but their rival, Hastings, soon broke Penzance's record.

As an important harbour town for centuries, Penzance has a long tradition of welcoming visitors from all parts of the world. Not only does Penzance host holiday visitors, it has also become a popular centre for cultural exchange visits, in particular through the organisation, Experiment in International Living (EIL).

For many years now groups of young people from countries as culturally diverse as Japan and the U.S. have come to stay with local families in the Penzance area to enjoy a taste of the Cornish way of life and what Cornwall has to offer, taking their experiences home with them and maintaining links with the families and friends they have made here.

Penzance holds a number of festivals each year, the most important being Golowan in June and Montol in December. Please follow the links for more details.

The name Penzance (Pensans) is thought to derive from the Cornish words 'pen' meaning 'headland' and 'sans' meaning 'holy', named after the chapel of St Mary. Other sources state that the name is from a chapel dedicated to St Anthony. Pre 12th century, nothing is known of the town and borough of Penzance but it is believed that it was just a cluster of huts occupied by fishermen. In the 13th century it appears in records relating to the establishment of a chantry here to St Mary.

In the mid 16th century, Penzance, like many other towns of that period was affected by plague - the black death. Madron church records show numerous burials from this sickness in the summer of 1578.

At the end of the 16th century, in 1595, Penzance was to suffer an attack from part of the Spanish Armada. The Spaniards stormed Penzance, burning and ransacking it before retiring to their galleys moored in Mount's Bay. The Spaniards plundered guns from local fortifications and mounted these on their own ships. Three local ships were sunk and 400 houses were destroyed. Before they were able to return, Cornish forces under Sir Francis Godolphin, regrouped and were able to repel their next attempt at landing.

Within twenty years Penzance was rebuilt and in 1614, after petitioning King James I, Penzance was granted a Charter and incorporated as a borough. Penzance's long and interesting history continued, playing its part in the Civil War, where it stood for the King against Cromwell's Parliamentarians.

Sir Humphry Davy, the famous chemist and inventor of the miners' safety lamp was born here. In 1808, Davy was the first person to isolate the chemical, Barium. His statue stands at the top of Market Jew Street in front of the Market House.

Where to Stay in Penzance

Penzance has a range of shopping facilities with famous high street names side by side with unique and specialist local shops. There are many places to eat in Penzance including cafe-bars, galleries, interesting historic pubs and a fine selection of restaurants.

A wide range of excellent accommodation is available with something to suit every budget.

Penzance Bus and Coach station is located at the bottom of the town close to the sea front on Station Road TR18 2JX. Penzance Bus Station is served by First Kernow buses. Express Coach services operated by National Express travel to and from Penzance to all parts of the country including links in London Victoria Coach Station with the Eurolines network onto the European continent.

CrossCountry trains from Scotland and Birmingham terminate at Penzance.

Buy your train ticket to Penzance

A new Penzance Heliport will be opening in spring 2020. A shuttle bus service will operate between the Rail/Bus Station and the Heliport.

Penzance Tourist Information Centre is located between the Bus and Train Station. The service is provided by the National Trust.

There are many ATMs in Penzance with all of the major banks represented and a Link cash point. They can be found on Market Jew Street, Alverton Street, Market Place, Wharf Road (outside the Wharfside Shopping Centre) and other locations.


Do you have information of a historic or community interest about Penzance which you would like featured on this page please email us with your information.

Location:
Penzance is located on the south coast of Cornwall. For those travelling by road, Penzance is easily accessible from the A30.

Please see Travelling to and Around Cornwall 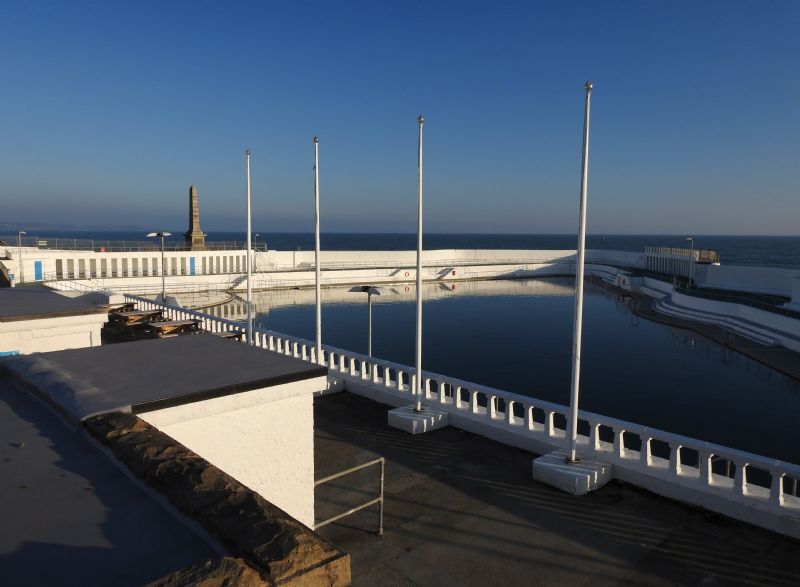 Properties in or around Penzance available