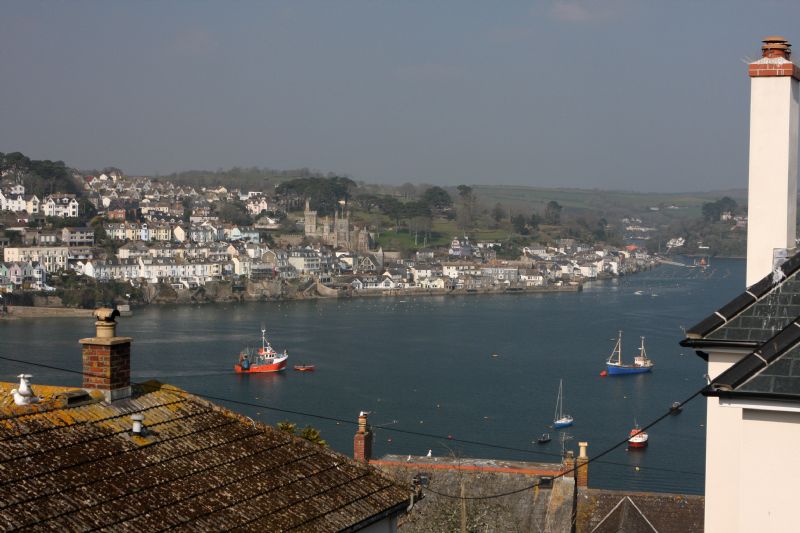 Fowey (pronounced Foye), in Cornish, Fowydh, is a charming historic harbour town on Cornwall's south coast, standing on the estuary of the river which bears its name.

Fowey has much to offer including sea fishing, diving, sailing, kayaking, dolphin spotting and river trips.

Every May, Fowey hosts a festival celebrating the literary work of Daphne Du Maurier and her association with this area. First, living at Ferryside during her childhood, then later, during the Second World War she lived for a short time at the old coach house at Readymoney Cove.

The name, Fowey, is believed to derive from the Cornish word for beech trees - faw.

The local clay industry has made good use of the Fowey estuary for the export of kaolin (china clay), with the port being able to accommodate ships of up to 10,000 tonnes.

Leisure vessels are popular on the river.


Film and TV in Fowey

Fowey has featured as a filming location in several films.

The port of Fowey has been important since the Middle Ages. Smuggling, pilchard fishing, trade, piracy and of course shipwrecks all form an important part of the rich heritage of this picturesque town. The town museum details its history with photographs and exhibitions. Admission is £1 for adults, children free. Open, Easter to mid October 10.30am - 5pm Mon - Fri. For more information: Contact: Cornishbee@hotmail.com


For a tide forecast for Fowey please click here

There are two ferry services operating from Fowey for those who wish to explore the eastern banks of the river with its beautiful waterside villages.

The town has a good range of shops and facilities including banks, a Post Office and plenty of good places to eat.

An excellent range of accommodation is available.


Do you have information of a historic or community interest about Fowey which you would like featured on this page please email us with your information.

Location:
Located on the South coast of Cornwall.

Fowey is easily accessible from the St Austell area via the A3082 and from Lostwithiel area on the B3269.

Also accessible from the eastern side of the river by ferry.