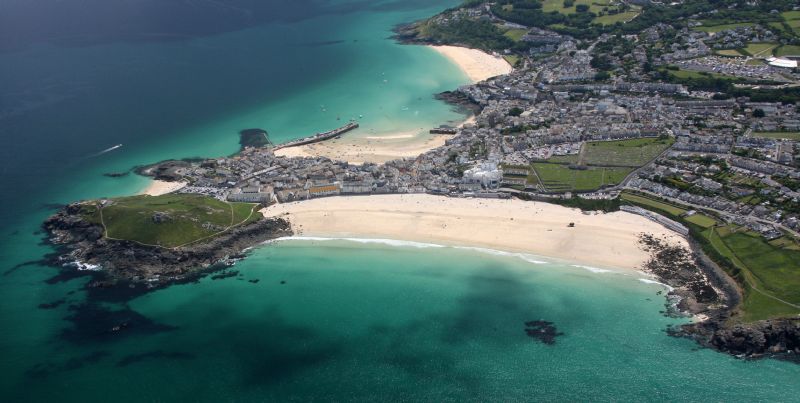 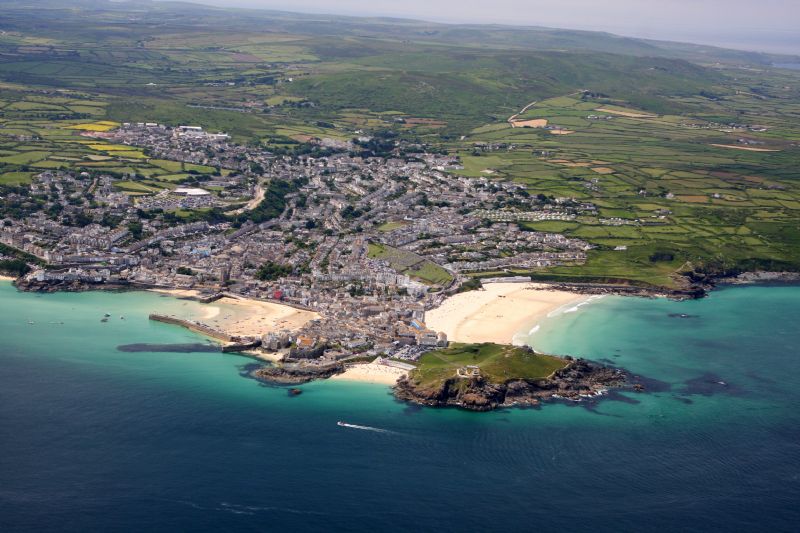 St Ives, in Cornish, Porthia, is famous for its artistic heritage, its light, a picturesque harbour and its wonderful narrow streets.

St Ives has a number of fine beaches including Porthmeor, Porthgwidden and Porthminster. See Beaches for details of each beach.

If you park at St Erth or Lelant, where parking is easier, you can take the train into St Ives. The St Ives branchline is very picturesque as it follows the coast into the town, giving you breathtaking sea views.

The Island/St Ives Head, formerly known as Pendinas (Pedn Enys Cornish for Head Island) is an excellent place for birdwatchers to observe Atlantic passage migrants. The Island shows evidence of having been fortified as a 'cliff castle' and of the extraction of minerals by mining.

St Ives certainly followed the tradition of Pysk, Sten ha Cober (fish, tin and copper) being the primary industries of Cornwall, having excelled in the production and processing of all three for several centuries.

During the 18th and 19th centuries St Ives was famous for its pilchard seining, exporting tons of these fish to Portugal and Spain. A huer's lookout still stands near Porthminster Point. This small building now known as the Baulking House is a grade II listed building and was the location of the huer who would indicate to the seining boats below where they should place their nets to capture the pilchards.

Mining was an important industry in St Ives during with both tin and copper being extracted in large quantities. The locations of some of these mines are recorded in the place names around the town such as Wheal Dream and The Stennack.

Tourism is now the mainstay of St Ives and has been since the introduction of the rail branch line from St Erth which was introduced by the earlier GWR company in 1877. Since that time tourism has steadily increased and St Ives has received a number of commendations including having been voted the most 'ideal' place to live in the UK and the Best Seaside Town (2007)

St Ives is renowned for its artistic community which has been flourishing here since the early 20th century.

The Bernard Leach Pottery is an important part of the artistic heritage of St Ives. Established here in 1920, the future of the pottery was uncertain. An appeal was launched to secure its future as a working pottery which will continue to preserve and promote this important site and the work which is carried on here. Thanks to a successful appeal the Leach Pottery has been restored and refurbished. Since March 2008 the pottery, kiln shed, showroom and new exhibition space are all open.

The Leach Pottery is run by a registered charity and relies on public support. To see how you can help please visit their website Click here

St Ives Museum is well worth a visit for its fascinating range of exhibits. It was established in 1924 by the Old Cornwall Society. It can be found at the Seamen's Institute Mission at Wheal Dream.

Tradition states that St Ives is named after the Irish Saint Ia (Eia), possibly an Irish princess, who is said to have arrived here on a leaf early in the 5th century. Many Saints arrived in Cornwall during this period including her brothers St Erth and St Euny (Uny).

St Ives plays host to the ancient custom of the Hurling of the Silver Ball annually on its Feast Day in February. See our Events section for more information.

In May, St Ives holds its Literature Festival

In addition to the Summer season, St Ives has all year round appeal including during the Winter. It has become a hugely popular destination to celebrate New Year's Eve when the streets are full of people in fancy dress.

St Ives has a full range of facilities including major banks, Post Office, supermarkets and a wide variety of specialist shops and galleries.

Accommodation in and around St Ives is numerous and varied from cottage rental and guest houses to luxurious hotels and holiday parks.

Buy Tickets For St Erth to St Ives in Advance

Kidz R Us theatre is a Youth Theatre company based in St.Ives Cornwall and a registered charity.

For full details of the company and their forthcoming productions please visit their website on www.kidzrus.net


Do you have information of a historic or community interest about St Ives which you would like featured on this page please email us with your information.

Location:
Located on the north coast in West Cornwall, St Ives is easily accessible from the A30.

The bus/coach station is close to the terminus of the branch line. 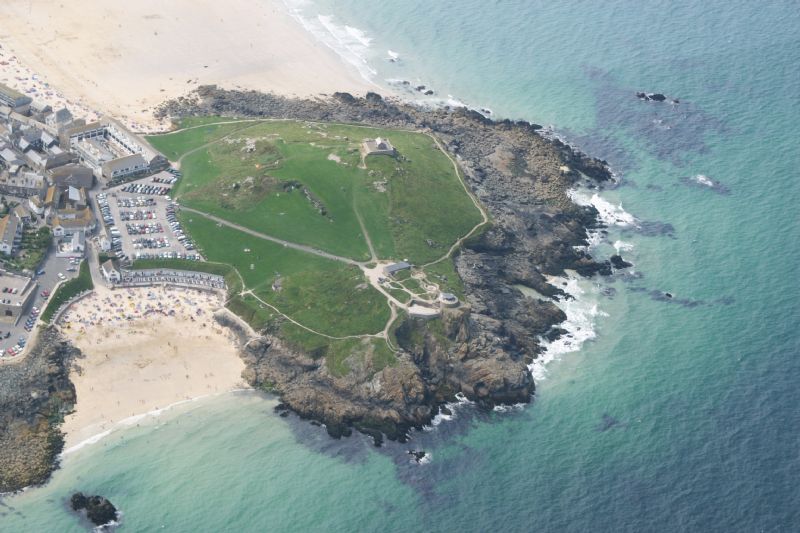 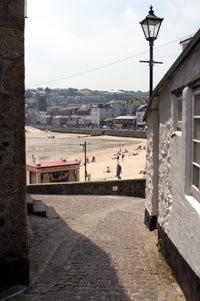 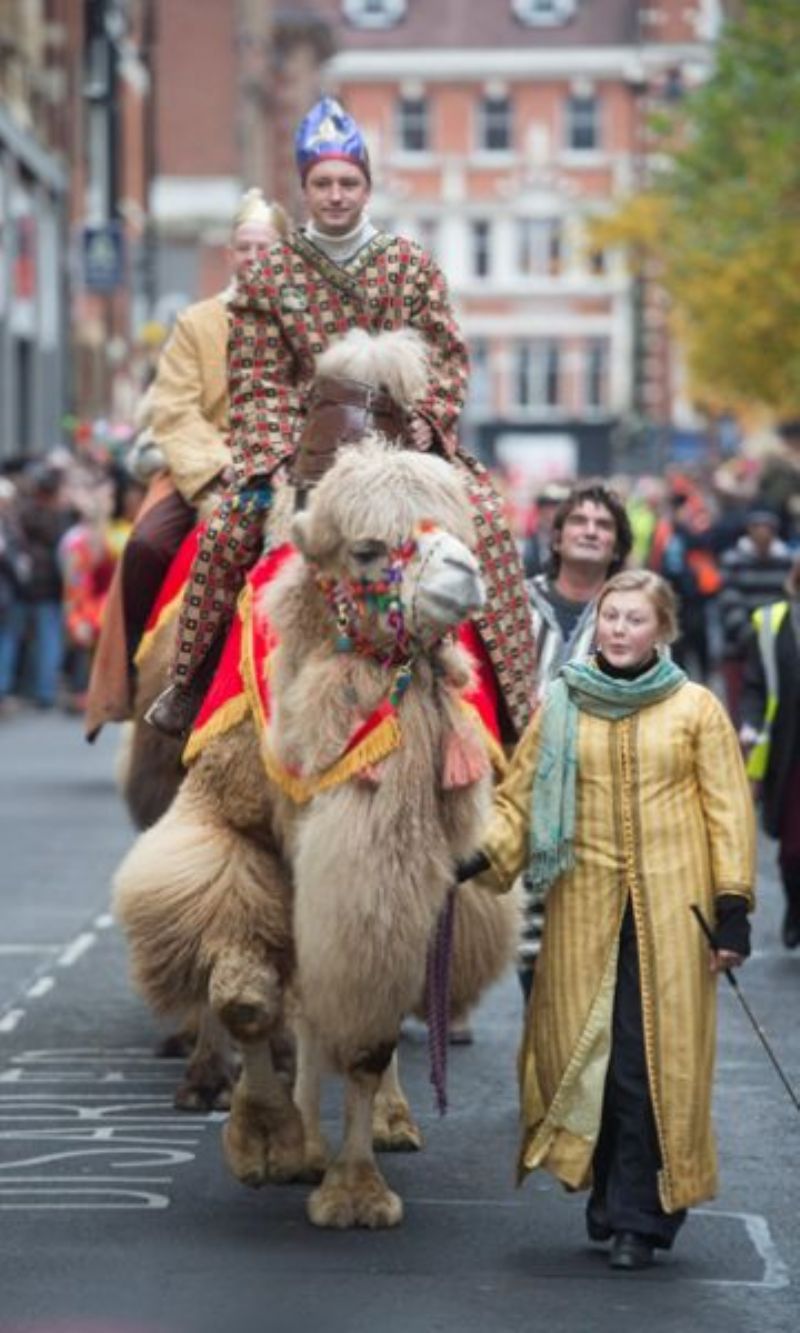 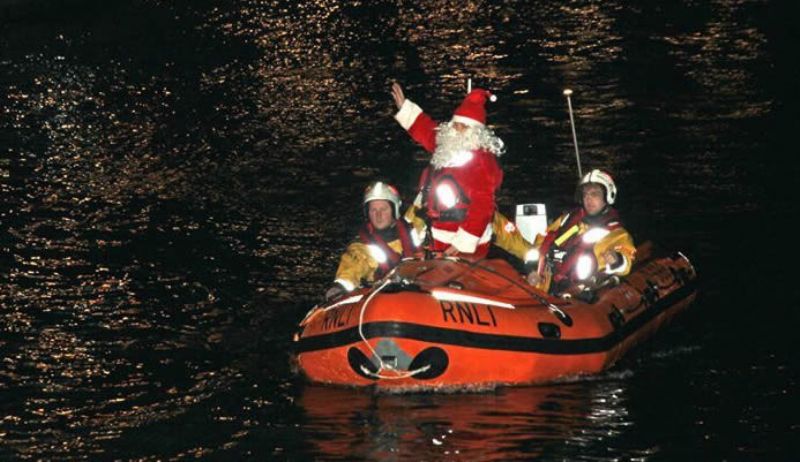 This beach has a Blue Flag Award

Properties in or around St Ives available