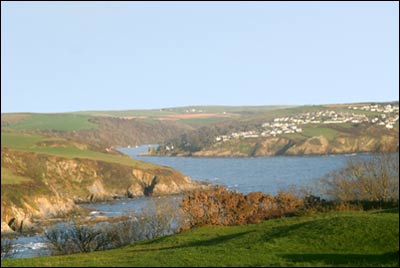 The River Fowey rises on Bodmin Moor on the slopes of Brown Willy, Cornwall's highest tor. From its source here at Fowey Venton (Cornish for Fowey Well) it travels to the sea with its estuary being at Fowey, the historical harbour town which bears its name.

The Fowey River which drains the eastern side of Bodmin Moor originally gave its name to the moorland which was known as Fowey Moor.

Following the river downstream you will encounter a number of ancient river crossings including: Palmers Bridge once a clapper bridge but now rebuilt after being destroyed by a flood in 1880; Harrow Bridge; Carkeet Bridge; Trekeive Bridge; Draynes Bridge in the area of Golitha Falls; Treverbyn Bridge, a fascinating old bridge which was in existence prior to the 15th century when it was already falling into ruin and in need of remedial work; Ashford Bridge stands a mile further on.

Through Glynn, which gives its name to this valley, the River Fowey passes into the Lanhydrock estate and under Respryn Bridge, a picturesque ancient bridge dating from the late 12th century. Its name is from the Cornish 'res' meaning 'ford', indicating that there was a river crossing here prior to the construction of the bridge.

The Fowey winds its way to Lostwithiel, which stands at the head of the tidal reaches of this river. As the Fowey broadens it passes between wooded banks and picturesque villages such as St Winnow and Golant. The Lerryn River joins the Fowey creating the largest of the River Fowey's creeks.

Closer to its estuary are some of the Fowey River's smaller creeks - Penpoll Creek and Pont Pill.

The River Fowey reaches its estuary bounded on one side by the town of Fowey and on the other by Polruan. The remains of ruined blockhouses stand on either side of the river, reminders of a time when the Fowey and its hinterland were protected from the ravages of hostile invaders. During the latter part of the 14th century these buildings were constructed with the express purpose of having a chain drawn across the estuary between them to bar ships from entering the river.


Do you have information of a historic or community interest about River Fowey which you would like featured on this page please email us with your information. 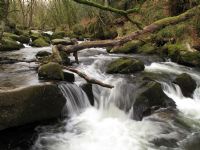 Golitha Falls on the upper reaches of the River Fowey

Businesses
in or around River Fowey