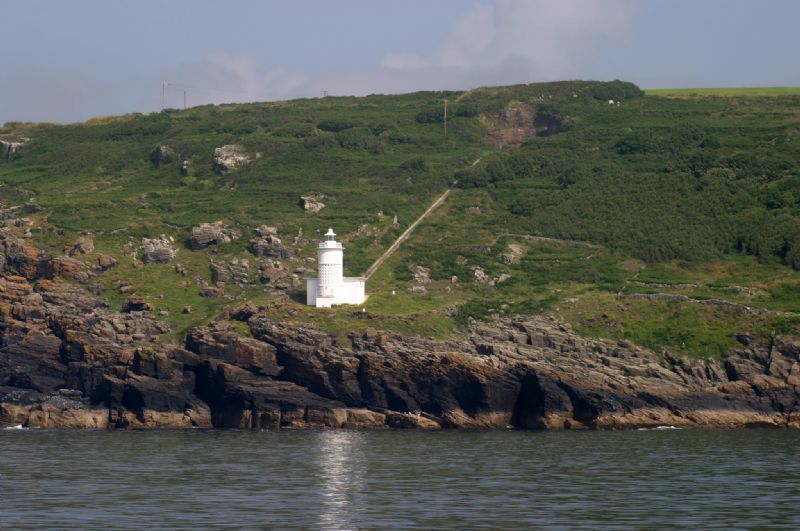 Tater Du Lighthouse stands on the south coast of the Land's End peninsula between Lamorna Cove and Penberth Cove and looks out over two rocks known as the Inner and Outer Bucks.

It is Cornwall's newest lighthouse. It became operational in July 1965, its building prompted by the tragic loss in 1963 of the Juan Ferrer, a Spanish coaster which capsized off Boscawen Point killing 11.

The Newlyn and Mousehole Fishermen's Association petitioned Trinity House for its construction.

It is built with concrete blocks to a design by Michael H. Crisp and has been fully automatic since opening. The building was modernised in 1997 and is today controlled from the Trinity House Planning Centre in Harwich.

The lantern is 7 foot 1 inch and battery operated, charging from mains electricity every day. 3 white lights flashing every 15 seconds and a red light in line with the Runnelstone Rock.

The cliffs around Tater-Du are a Site of Special Scientific Interest (SSSI) with regard to their geology which is an excellent example of pillow lavas and the area is also a Geological Conservation Review site.


Do you have information of a historic or community interest about Tater Du Lighthouse which you would like featured on this page please email us with your information. 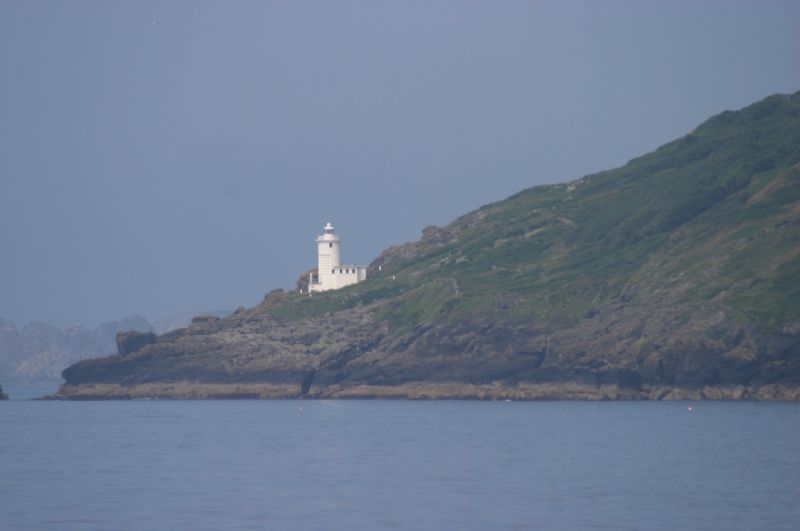 Businesses
in or around Tater Du Lighthouse

Cornwall Coast Path
Lighthouses
'10 of the Best'
Guides to Cornwall