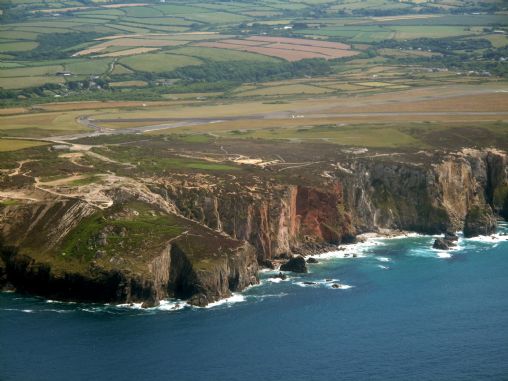 Although a quiet place today, popular for walking and bird watching, Cligga has a fascinating history which includes its use as a World War II military airfield, an amazing mining history which extended into the 20th century and being the home of a major explosives factory.

In 1892 the Nobel family, famous for Alfred Nobel, the founder of the Nobel Peace Prize, bought the cliff top factory at Cligga Head from the British & Colonial Explosives Company.

Nobel had patented his invention of dynamite in 1867.

The factory was closed between 1905-1914 but opened again at the start of the First World War.


Do you have information of a historic or community interest about Cligga which you would like featured on this page please email us with your information.

Location:
Located in the Carrick District of Cornwall on the North coast between St Agnes and Perranporth.

Businesses
in or around Cligga