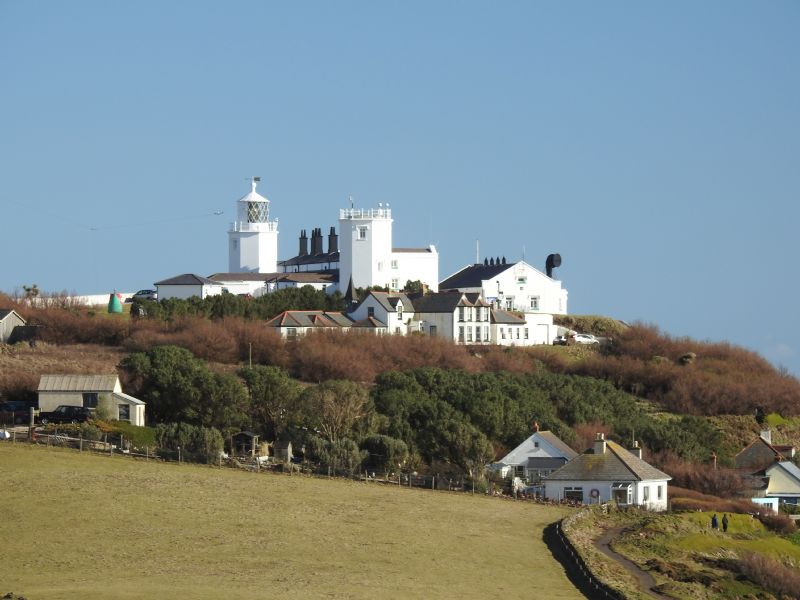 The Lizard Lighthouse stands at Lizard Point, the most southerly point of mainland Britain.

It acts as a coastal mark and to indicate landfall, guiding shipping passing along the English Channel and warning them of the dangerous waters here.

The current lighthouse with its two towers was built in 1751 but there was a working light here as early as 1619. This early lighthouse was erected thanks to the generosity of Sir John Killigrew, who applied for a patent which was granted on the condition that the light would be extinguished in time of war so it did not help to guide enemy vessels.

Killigrew agreed and erected the lighthouse but while he was sufficiently wealthy to have it built, the cost of maintaining it proved too much and almost bankrupted him. He had hoped that the vessels who benefited from the light would contribute towards its upkeep but unfortunately this did not happen. James I ordered that all ships who passed the light should pay a halfpenny per ton. Pressure from the unhappy ship owners who disagreed with this tax on them forced the patent to be revoked so the light was extinguished and the tower was subsequently demolished.

Although requests were made, it was not until 1748 that Thomas Fonnereau was given the go ahead by Trinity House to construct a new lighthouse. Completed in 1751 it is the building you see today with its two towers linked by a cottage in which one of the keepers would sit keeping an eye on both lanterns. If the fires became low he would sound a cow horn to let the others know it was time to stoke up the fires with the bellows.

In 1771, Trinity House took over the running of the Lizard lighthouse.

From 1903 onwards only the east tower was lit.

Automation came to the lantern in 1998 so the lighthouse keepers were no longer required.

The lantern has been removed from the western tower.

The former lighthouse keepers' cottages are available to rent as holiday cottages.
Click on Lizard Lighthouse Accommodation and go to Holiday Cottages for details.

Please note the lighthouse itself is a working lighthouse and cannot be rented.


Do you have information of a historic or community interest about Lizard Lighthouse which you would like featured on this page please email us with your information. 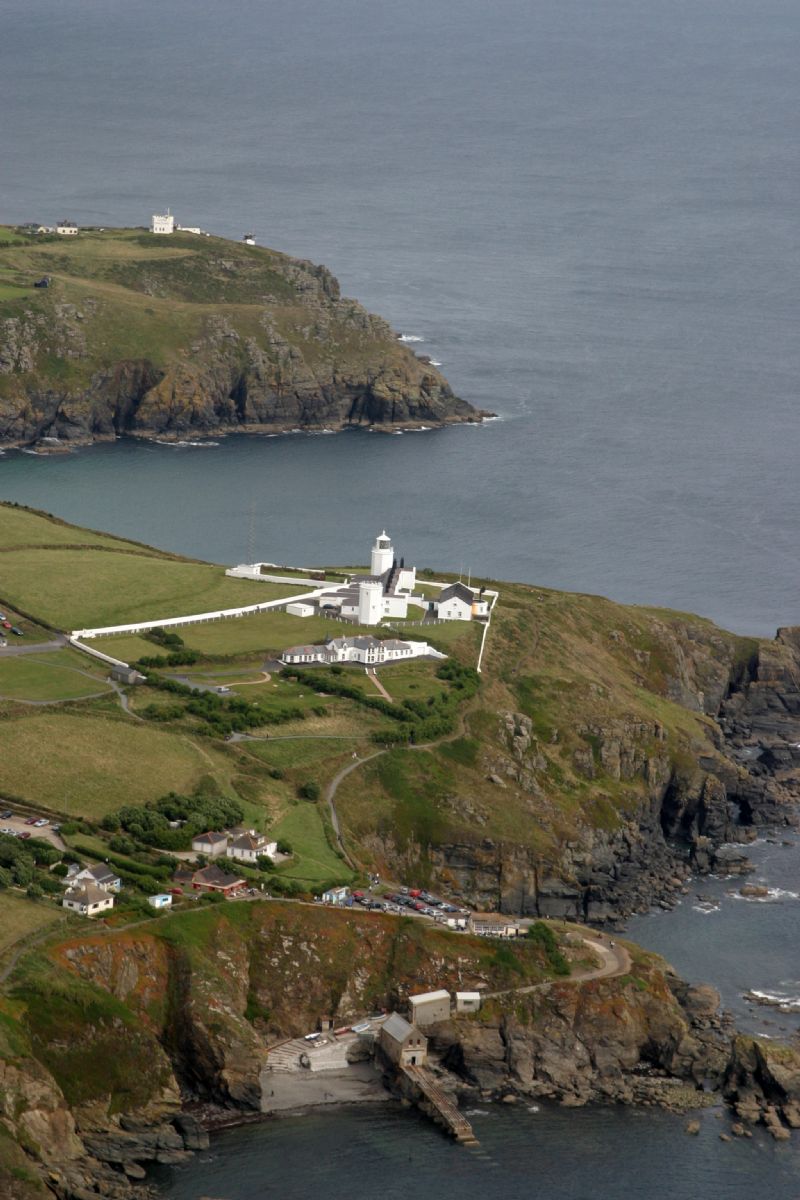 Lizard Lighthouse from the air

Businesses
in or around Lizard Lighthouse

Lighthouses
'10 of the Best'
Guides to Cornwall