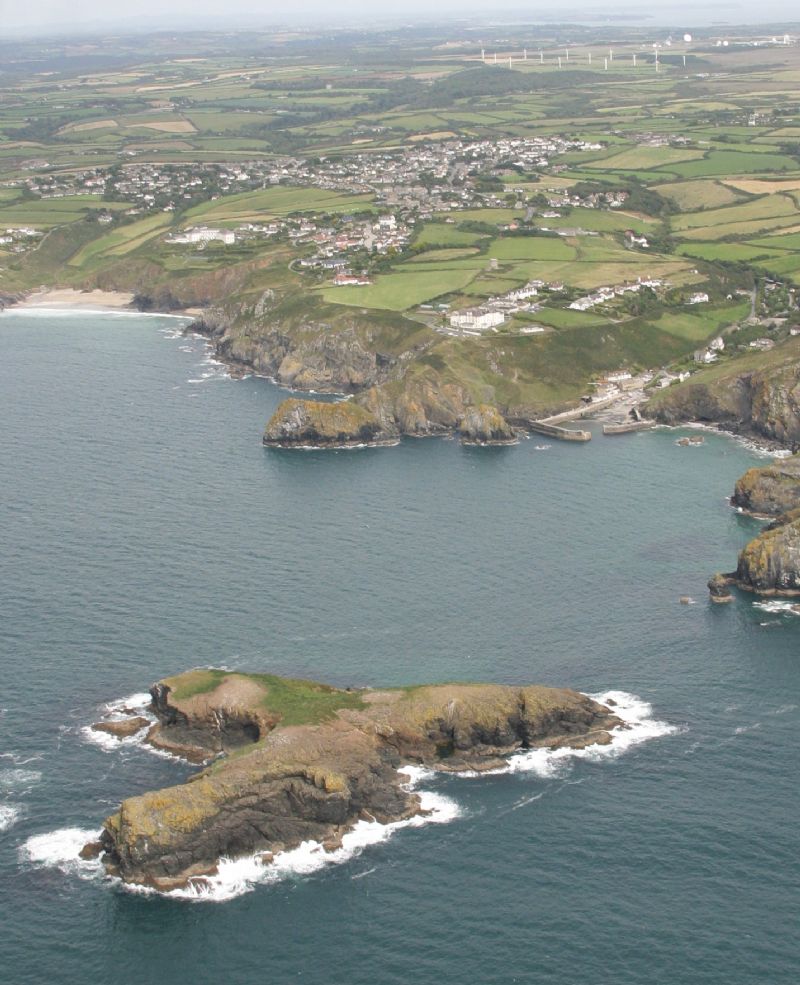 Mullion on the west side of the Lizard peninsula, on Cornwall's south coast, is a parish and village with a fine protected harbour, stone cottages and bounded by rocky cliffs.

The village lies about 1 mile inland from the picturesque harbour.

The harbour was built between 1893 and 1895 and paid for by Lord Robartes of Lanhydrock. Pilchard fishing was the main activity here in the 18th century but boats had to haul up on the beach until the harbour was built. As pilchard fishing declined in the latter part of the 19th century, the fishermen had to change their catch to survive and continue to make a living so the cove became the landing place for crabs and lobsters. Colourful crab pots can be seen around the harbour today.

Around the harbour are a number of interesting old buildings including the winch house, net store and wooden fish cellar.

There are excellent panoramic views of the Lizard's western coastline from the cliffs above Mullion Cove.

The large conical rock adjacent to the harbour is of serpentine.

The nearest beach to Mullion is at Polurrian which is accessed from the road which leads to Mullion Cove. The local administration operate a dog ban on the beach from the 1st July to 31st August between 10am - 6pm and is dog friendly outside these hours and from 1st September to 30th June.

Mullion Island provides a home for colonies of seabirds including guillemots and fulmars.

The name, Mullion, is believed to derive from the Saint who gives his name to the Parish Church, Melanus. St Mellanus was Bishop of Rennes in Brittany. The name was first recorded in the 13th century.

Mullion Cove is sometimes known by the older name of Porth Mellin from the Cornish words 'porth' meaning cove and 'mellin' probably refering to a mill or mills. The Reverend C.A. Johns in his 1882 edition of 'A Week at the Lizard' speaks of the watermill in the valley leading to the Cove. Johns mentions a magnificent cave to the left of the cove which has been formed by the erosion of a vein of the mineral, steatite, which being soft has been scoured away by the sea leaving the hard rock behind.

Serpentine is not generally productive for metal mining but about a mile inland from this cave, and possibly on the same lode as the steatite, a copper mine was worked in the mid and late 1700s. J.H. Collins reported in his Observations on the West of England Mining Region 1912, that Wheal Unity at Mullyon had been worked for native copper from at least 1760. The mine was earlier known as Trenance, Wheal Providence, Predannack Wartha, Wheal Foss and Ghost Croft.

E.G. Harvey, in his 1875 book, 'Mullyon', remarks on one piece of native copper found here weighing 15 cwt which was sent to the Great Exhibition of 1851. "The metal bore the appearance of having been poured in a melted state into the crevices of the rocks ... it had the lustre of a new copper coin, and had here and there adhering to its side portions of steatite of a beautiful grass green"

The road from Mullion Churchtown towards Predannack still has one stretch of it named Ghost Hill.

The current parish church building dates from the 15th century and includes a 13th font and numerous ancient carved bench ends. Over the main door is a carved stone figure of St Mellanus. The oak door contains a dog door which is believed to have been for sheep dogs to leave the church during the service if necessary, leaving their owners to worship undisturbed. The tower is of granite and serpentine.

During the 19th century inhabitants of Mullion had the nickname of "gulls". Other parishes on the Lizard peninsula also had nicknames for their residents.

In December 2011 after her death aged 85, it came to light that Joseph Stalin's daughter, Svetlana Iosifovna Alliluyeva, later known as Lana Peters, had spent part of her life living in Mullion. One of the few people who knew her real identity was the local doctor. Svetlana lived in accommodation run by the charity Abbeyfield.

In 1967 she had defected from the Soviet Union, denouncing communism and at first moved to the United States. She moved home many times during her life, seeking to escape from the glare of publicity. Lana Peters died in Wisconsin on November 22nd 2011.

Mullion has good facilities and a wide range of accommodation.


Do you have information of a historic or community interest about Mullion which you would like featured on this page please email us with your information. 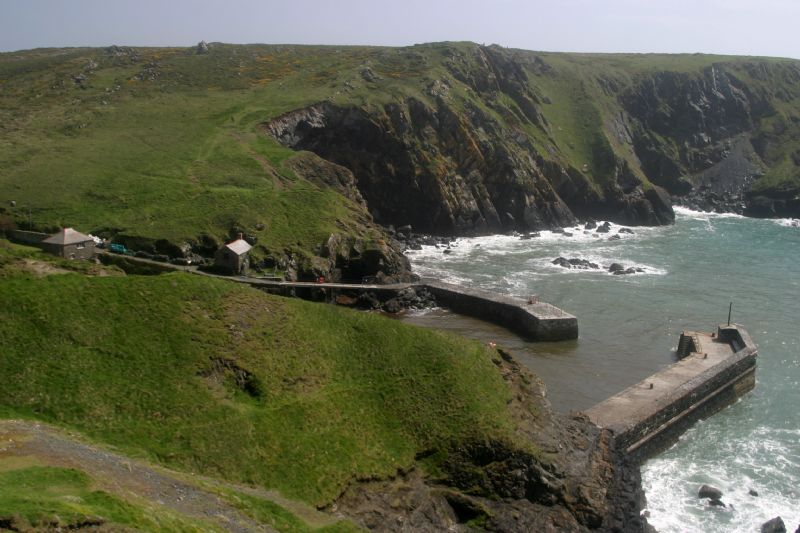 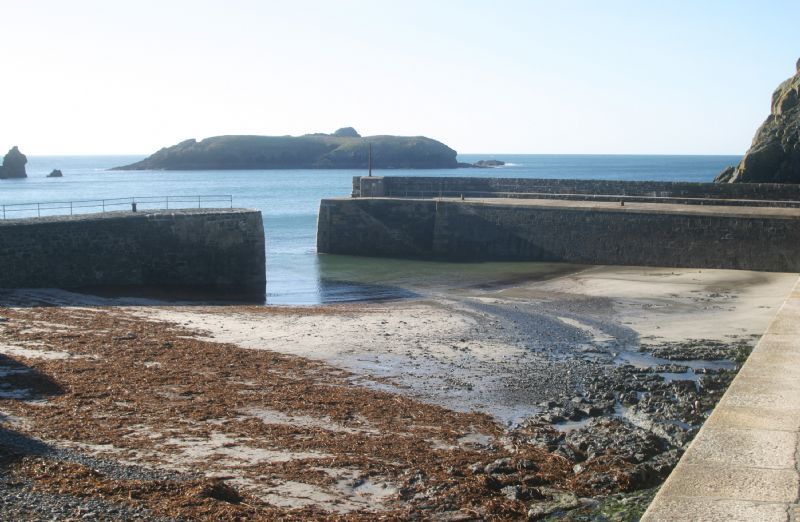 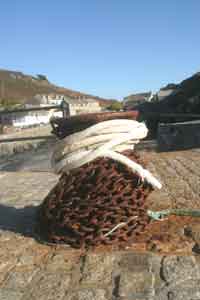