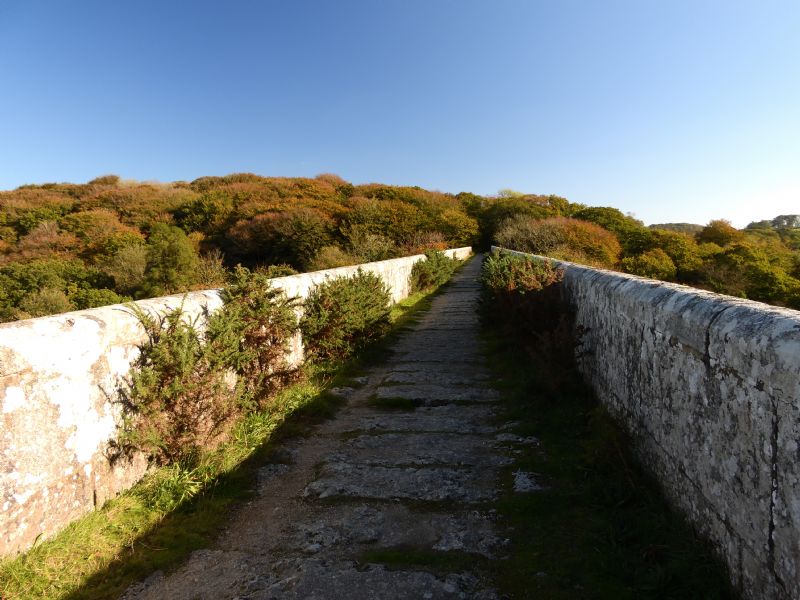 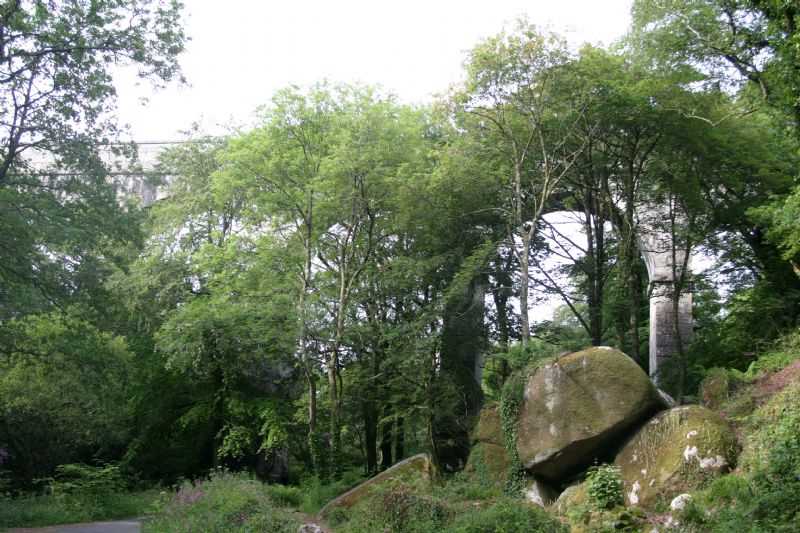 Luxulyan, in Cornish, Lansulien, meaning 'lann' - sacred enclosure + the name 'Sulgen' is a village and parish in central Cornwall.

For centuries Luxulyan has been an important area for the quarrying of granite. The parish has given its name to a rare type of granite known as Luxulyanite. A 70 ton piece of this particular granite quarried from Trevanny was used for the tomb of the Duke of Wellington in St Paul's Cathedral.

Luxulyan stands on the St Austell batholith, one of several granite intrusions stretching along the backbone of Cornwall. The granite can be seen in various places throughout the parish including Luxulyan Quarry which is designated as a Site of Special Scientific Interest. Many of the local buildings are constructed from granite blocks including the parish church, Methrose and the old vicarage which dates from the 18th century. Colcerrow has the largest lump of freestanding granite in the world. In Colcerrow stands the largest freestanding granite boulder in Europe. Granite is not the only substance of geological interest in the parish. Decayed granite manifests itself in the form of china clay and there are a number of china clay pits in the area.

The Luxulyan Valley is famous as the location of the Treffry Viaduct/Aquaduct. It towers above the steeply wooded valley of the Par River. Treffry diverted the river to form the watercourse for his aquaduct. Treffry built the viaduct in 1839. The railway no longer crosses it but it was Joseph Thomas Treffry who devised the idea of having a rail link between the north and south coasts of Cornwall from Newquay to Par. The huge granite viaduct, with its great view of the surrounding countryside, was used as a location in the last of the Omen films - Omen III The Final Conflict. The valley contains many 19th century industrial remains and was designated as a World Heritage Site in 2006.

Luxulyan is on the route of one of the southern branches of the Saints' Way long-distance footpath. The project to reintroduce the Saints' Way was begun in Luxulyan in 1986 after part of an old route was found by local ramblers.

Methrose, meaning 'sweet smelling heathland' is a granite medieval manor house, its farmhouse with courtyard probably dating from the early 16th century. Between 1622 and 1649 another wing was added to the building by Nicholas Kendall. John Wesley stayed at Methrose in 1755 when he preached to a large congregation.

Prideaux Wood Nature Reserve is managed by the Cornwall Wildlife Trust. It contains an area of ancient woodland.

The parish church was originally Norman and then in the 15th century was entirely rebuilt in granite. St Sulien, or Sulian, was Abbot here during the sixth century. The church in the village may have been dedicated to him originally, but it is now dedicated to Saints Ciricius (variants - Cyr, Cyriacus, Quiricus) and Julitta. In Luxulyan there are roads named after all three saints. Sulien is a Welsh variant of the given name 'Julian', but has also been interpreted as being from the Welsh 'sul', meaning 'sun' + 'geni', meaning 'born', Sulien is the name of a Celtic solar god. The dedication of the church was first mentioned in 1412 - Ciricii et Julitte de Lossulyan. These two Saints were venerated throughout Christendom during the Middle Ages.

The church has granite arcades and a Norman font dating from the 11th century. The tower has no buttresses or pinnacles. The south porch has battlements and a tunnel-vault. The church contains The Lord's Prayer in Cornish. The records of the Blackmoor Stannary, an area with Hensbarrow Down at its centre, were kept within the church. The east window is a monument to Silvanus Trevail, the architect. Just below the church is the holy well of St Cyres (Cyric), also dating from the 15th century.
The well has been restored and no longer contains water.


Crosses in the Parish of Luxulyan

There are several crosses in Luxulyan parish. The cross in the churchyard is originally from three stiles near Conce. There is another at Prideaux. There was a cross at Methrose but it was removed in 1890 and taken to Menabilly. Another cross stood at Trevellion but this was removed to Lockengate. Local farm and field names suggest crosses once stood at Atwell, Bodwen, Castilly, Rosemelling, Menadew and Challow.

There is a Celtic cross in the private garden of the vicarage.

There are a number of archaeological sites in the parish. Prideaux Castle is an Iron age hill fort. At Castilly there is an earthwork dating from 2500 BC and more than five Bronze age tumuli (barrows).

Archaeological finds discovered in Luxulyan have included: a Bronze Age palstave from Cocherrow, stone axes found at Bodiggo, Castilly and Atwell, carved stonework from Trevelion and two large bronze cauldrons, which were found in 1792 in a tin stream on Broadwater Moor.

At Lower Greadow, near the Luxulyan to Lanlivery road, there are the remains of a medieval monastery building which belonged to Tywardreath Priory.

William O' Bryan, the Methodist preacher and founder of the Bryanites / Bible Christians was born at Gunwen farm in 1778 and died in 1868. Gunmen Chapel in Lowertown has a plaque on the wall commemorating him. He was converted in 1795 and became famous as a travelling preacher taking the Word from here to America following the missionary tradition of the Celtic saints. Members of his family are buried in the churchyard.

Silvanus Trevail, the architect was born in Luxulyan in 1851 and died in 1903. He was the designer of all the primary schools in Cornwall, many of Cornwall's banks, including the Red Bank in St Austell and most of the grandest hotels in Newquay and Falmouth. He also designed all the public libraries and other institutions provided by the famous philanthropist, Passmore Edwards.

Spriggans - goblins, piskies are said to have inhabited Tregarden Down. John Cole, Luxulyan's vicar from 1728 - 1773, is believed to continue inhabiting the vicarage.

Stones with SC engraved on them discovered lying on ground could relate to St Cyor.

In the early 1980s Luxulyan saw a six-month protest by villagers and groups from across Cornwall to prevent test drilling by the Central Electricity Generating Board who were considering building nuclear power station in the parish.

The Eden Project is close to Luxulyan.


Do you have information of a historic or community interest about Luxulyan which you would like featured on this page please email us with your information.

The Atlantic Coast Line from Par to Newquay runs up the Luxulyan Valley and there is a station at Luxulyan. A bus service connects the village with St Austell and Lostwithiel. 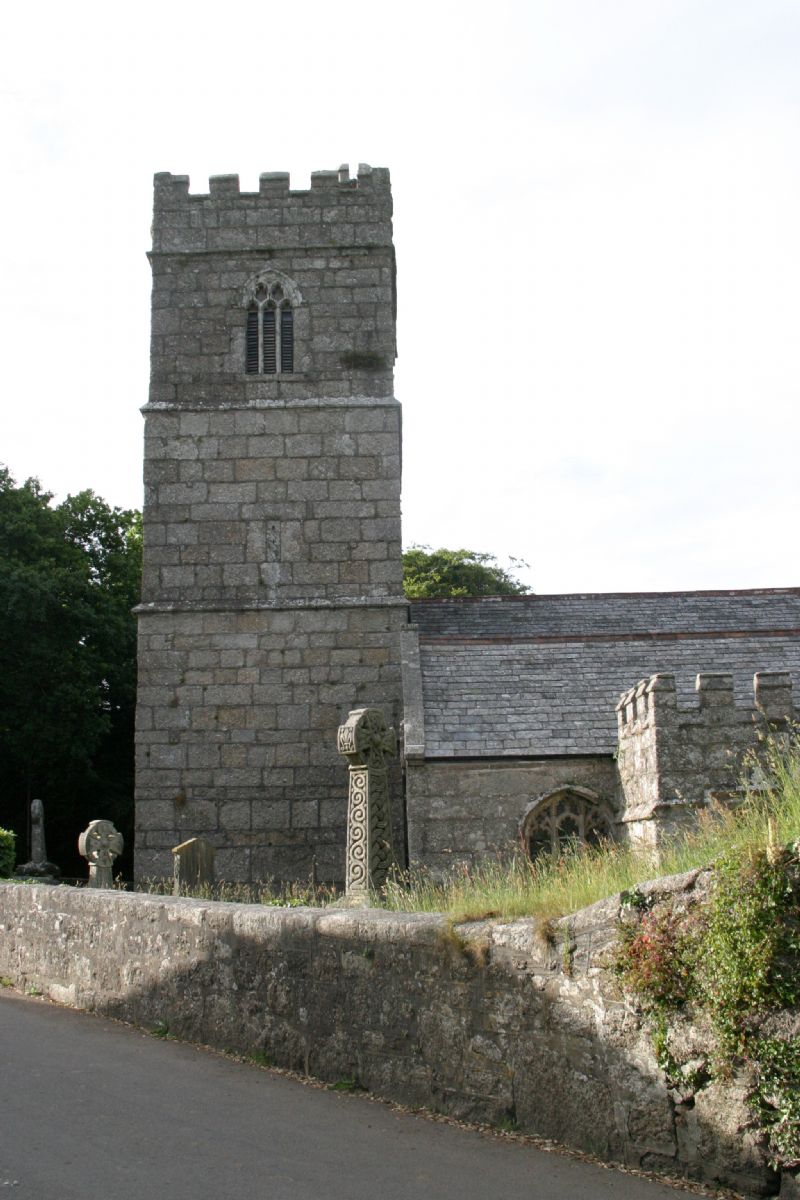 Businesses
in or around Luxulyan 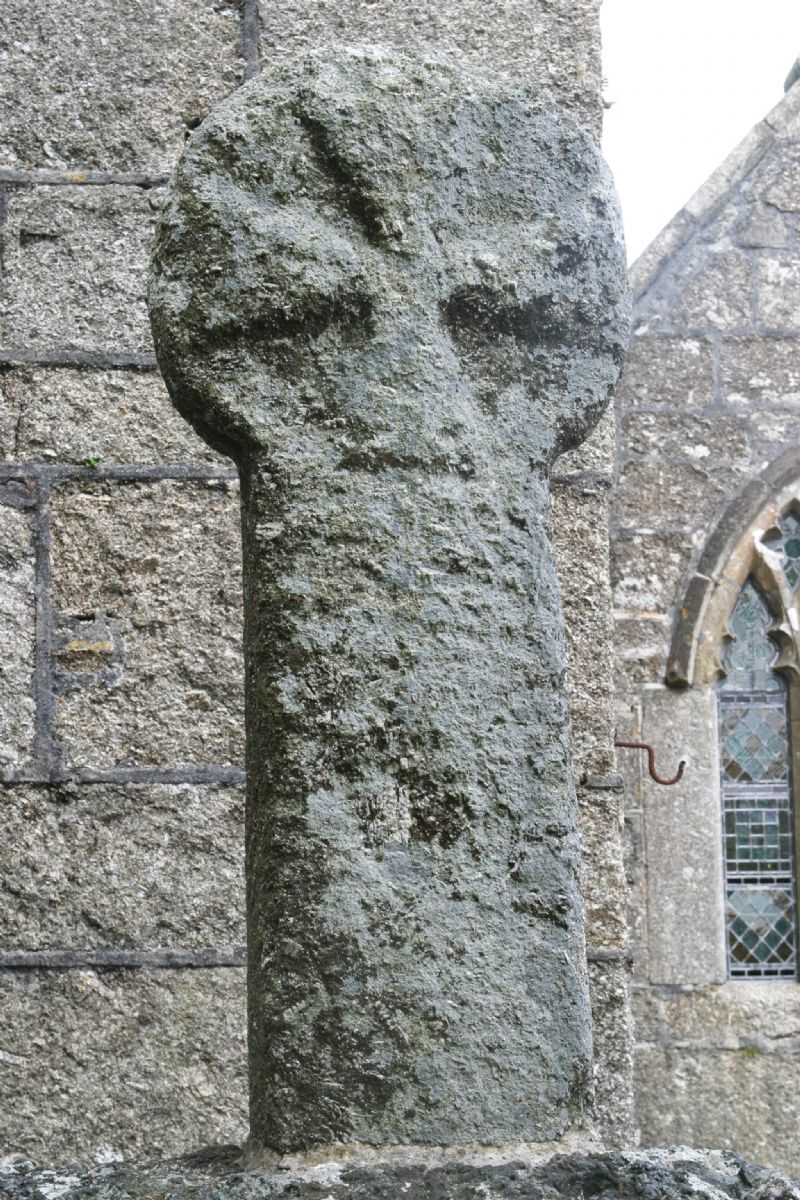