St Austell grew famous as the centre of the china clay mining industry after kaolin deposits were discovered in the area by William Cookworthy in the mid 18th Century.

St Austell had been a market town for centuries and a centre for mining and quarrying long before the discovery of china clay.

The nearest beach is at Porthpean with another at Carlyon Bay, a short drive from the town.

The picturesque historic port of Charlestown is nearby.

St Austell Parish Church was consecrated in 1259, although an earlier church existed on the site in 1169. Norman parts of the church still remain - St Michael's Chapel and the fine font. The nave and tower are 15th century. The church is well worth a visit. For more information about the church visit their website Holy Trinity, St Austell

Another building of note within the town is the 17th century Market House.

The name St Austell derives from the Saint who is first mentioned in the 10th century as being the patron of the church here.

Now a large and prosperous town, St Austell has a large shopping centre with banks, a Post Office, supermarkets, cafes, restaurants and accommodation.

The china clay industry is still in operation in many of the towns and villages around St Austell and the scenery in this area is quite unlike any other part of Cornwall, with white pyramids and mountains created by the spoil from the mining - so striking is their appearance that they have been nick-named the Cornish Alps.

A Holy Well is located on the outskirts of St Austell. Menacuddle Well is believed to have curative and divinatory properties and has a stone well building dating from the 15th century. Associated with the well in early times, before the establishment of the Parish Church, was the Chapel of St Guidel which belonged to the Benedictine Priory of Tywardreath, but there are no remains of the chapel today.

There is also a Visitor Information Point in St Austell Market House, Market Street, St Austell, PL25 3QB, opposite the Parish Church in the town centre

St Austell Town Museum is located at St Austell Market House, (address as above)
It was created about 3 years ago by St Austell's Old Cornwall Society and has a ground floor entrance off Market Street, plus a very large display cabinet inside, on the first floor of the Market House.

The Museum is open from Easter to the end of October, manned by volunteers. During the summer months, Guided Heritage walks are often available around the Town Centre, please ask at the Museum. St Austell Discovery Maps (Free) are available with 2 self-led Historic Trails around the town centre shown on the 3-D Illustrated Map.


Do you have information of a historic or community interest about St Austell which you would like featured on this page please email us with your information.

Location:
St Austell is located in central Cornwall near the south coast.

It is easily accessible by road. It stands on the A390 trunk road between Truro and Liskeard.

For visitors arriving in Cornwall by train, St Austell stands on the main line through Cornwall. 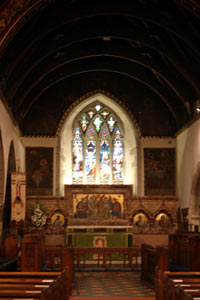 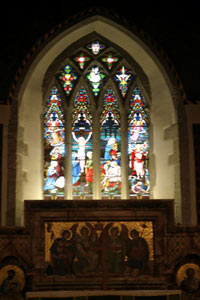 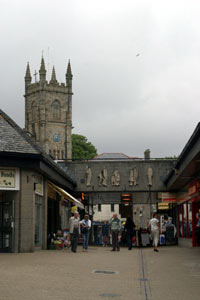