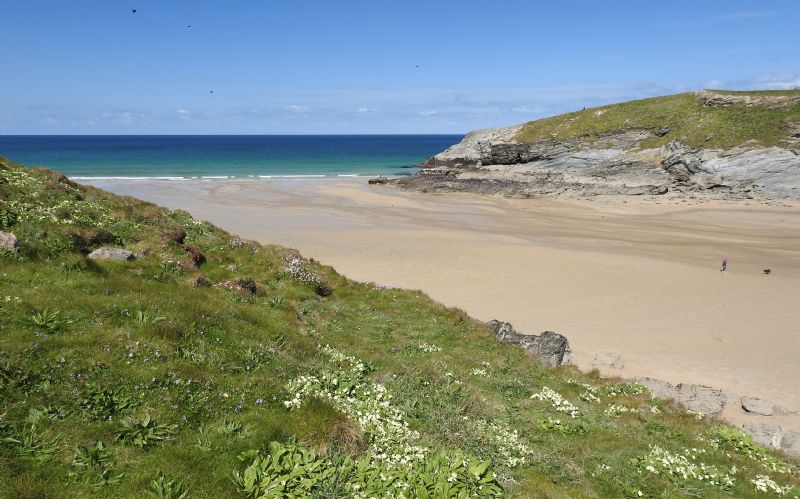 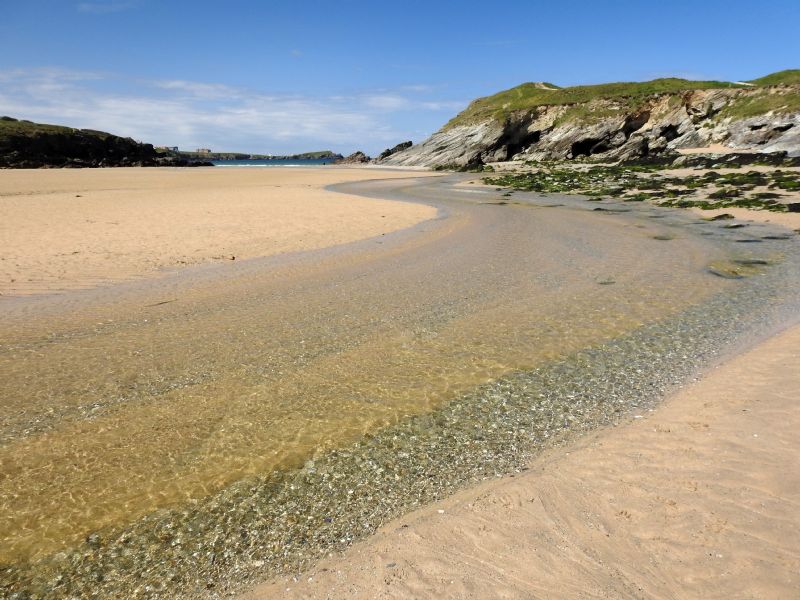 Porth is a large coastal village on the outskirts of Newquay with a sheltered sandy beach and plenty of holiday accommodation.

On the northern side of the beach are Trevelgue Head and Porth Island which is accessed via a footbridge. The remains of an Iron Age Cliff Castle can be seen and there are two Bronze Age round barrows (tumuli). Excavations on the headland have found that the site has been occupied since Mesolithic times (Middle Stone Age), nearly 11,500 years ago.

At low tides it is possible to walk southwards to Newquay's Lusty Glaze Beach or northwards through the cleft at Porth Island and onto Whipsiderry Beach and towards Watergate Bay (Tregurrian Bay). There is a cave near Porth Island, known as Mermaid Cave, that can be accessed at low tide. Long Cove is worth exploring but take care to do this on a falling tide so you do not get cut off by the sea.

Crossing the bridge from Trevelgue Head to Porth Island is exciting especially on a rising tide. As you cross you will see a large rock pool below you named the wishing well.
The geology of the island has produced a blow hole through which the sea is forced during rough seas, producing a geyser type effect.

In the past this was a small shipbuilding port and there would be regular deliveries of coal from South Wales. The use of Porth as a port could well go back much further in time, perhaps to the period when the Iron Age defences were built on the headland.

The Tangye family are associated with Porth as the Glendorgal Hotel, then a private residence, was in 1882 bought by Sir Richard Trevithick Tangye of Illogan. The Tangye's lived at Glendorgal for three generations. In 1950, Nigel Tangye, the brother of the noted Cornish author, Derek Tangye, opened Glendorgal as a hotel.

Another author, the English novelist, Charlotte Mary Matheson lived at Porth at the Porth Veor Manor Hotel which she ran with her husband. She died in 1937 and is buried at St Columb Minor Church.


Do you have information of a historic or community interest about Porth (Newquay) which you would like featured on this page please email us with your information. 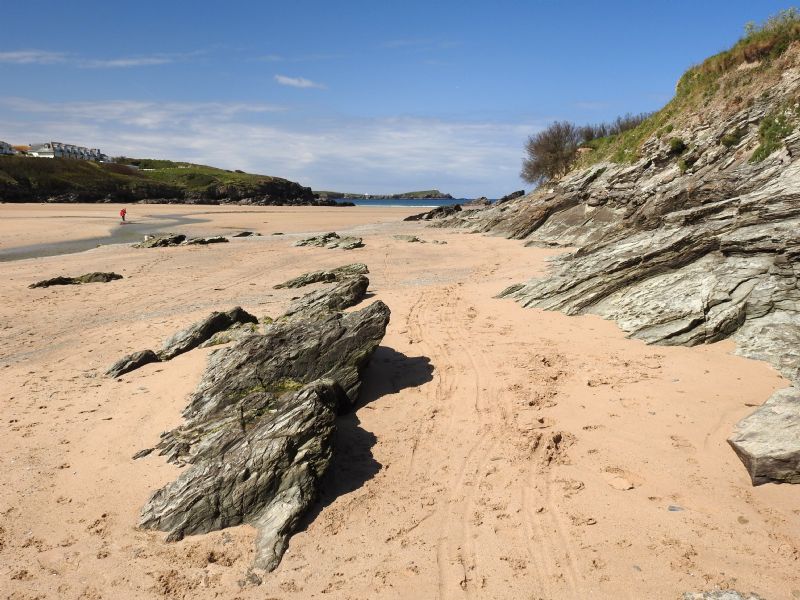 Businesses
in or around Porth (Newquay)