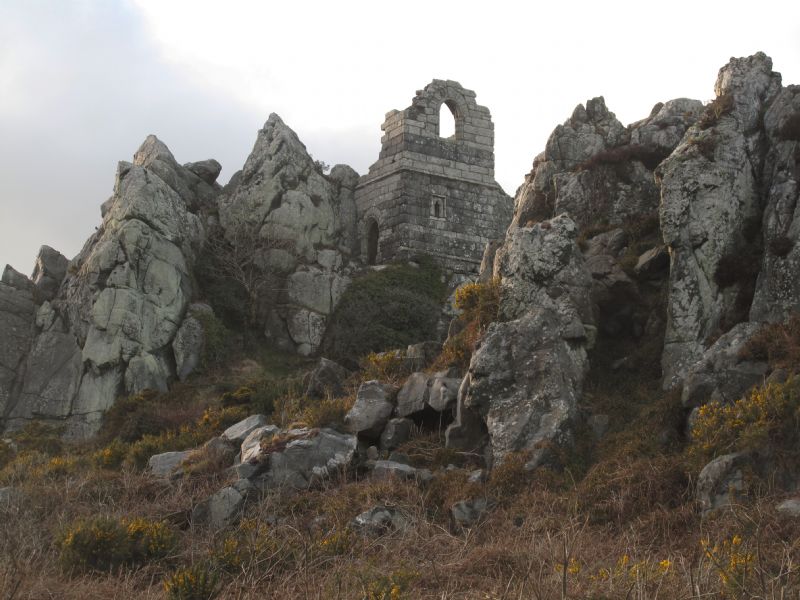 Roche is a village and a parish in the china clay area near St Austell.

It stands on a high ridge on the northern edge of St Austell Downs. There are a large number of springs, holy wells and other water features in the area. The headwaters of the River Fal are nearby and the Par river also rises in the parish. A small stream that rises at Holy Well, flows into the River Camel.

Roche was known as Treroache in the Domesday Book. The manor was anciently held by the De Rapes. The Rock Inn is dated 1587.

It is named after the stunning outcrop of granite which rises out of the landscape like a huge, jagged tooth. Its name comes from the Norman French word meaning rock.

It is of interest to geologists for being a fine example of quartz schorl, a tourmalinised granite with black tourmaline. The area is listed as a Site of Special Scientific Interest (SSSI) for its geology.

The rock and its chapel stand in an area of heathland with public access. It can be reached via a footpath from the road between Roche and Carbis.

Roche rock is 66 ft high (20 metres). Crowning the summit of the rock is a ruined chapel which is believed to have been the home of a hermit or leper. The chapel, as many high places are, is dedicated to St Michael and dates from the 15th century. This chapel was probably built on the site of the original cell occupied by the hermit.

It is believed that the last occupant of the ruined chapel was a member of the local Tregarnick family who was sent there when he contracted leprosy. His daughter, St Gundred looked after him and brought him water from the nearby well.

The two storey chapel is built of large blocks of granite. The lower room is believed to have been the hermit's living space and the upper room was the chapel. Early drawings of the chapel suggest that there used to be more buildings standing on the rock.

Formerly, the chapel was accessed by steps cut into the rock but today you enter via a steep ladder. Inside, a further ladder takes you to the second level.

The rock has been an iconic location for many centuries. Recent archaeological discoveries of pits containing Neolithic pottery and other remains suggest that the site has been used as a religious centre since early times.

The hermitage (chapel) was used in the 1970s, as a filming location for the third Omen film, 'The Final Conflict'.

It is likely that Roche Rock and Roche parish church, were related in some way in their position on the landscape but this context has been lost due to the modern growth of the village

A pool near the rock is believed to have magical properties and to function as a wishing well. This is St Roche's well or Gonetta’s Well.

About one mile from Roche on the road to Demelza is a second well down a small lane marked Holy Well. Believed to be St Gundred's Well this well dates from the 14th century and was restored by St Austell Old Cornwall Society in 1937. It's water is believed to have had healing properties.

The wishing well of St Roche was visited on Holy Thursday or Ascension Day, when visitors would leave a pin in the well.

There are many traditions and folk tales associated with Roche Rock.

One story tells that the rock used to be covered by earth and during Noah‘s flood the layer of soil was washed away, leaving behind this prominent crag.

In the Middle Ages it was believed that the rock was used as a resting place for passing witches demons.

Jan Tregeagle, a 17th-century magistrate with a harsh reputation who, after his death, was summoned back to this world and then given impossible tasks to complete, is said to have fled to the chapel at Roche rock to seek refuge when he was being pursued.

The rock featured in the story of Tristan and Iseult as the couple were said by the poet Beroul to have been offered refuge in the chapel by the hermit Ogrin, when they were hiding from King Mark.

It has been suggested that it could have acted as a beacon to guide travellers.

Another suggestion is that it was set up to imitate the pilgrimage destination of St Michael’s Mount with a view to giving pilgrims an additional location dedicated to St Michael to visit on their way to the Mount.

Roche Parish Church is dedicated to St Gomondas/ Gonandus (Gonand or Goenandus) and dates from the fifteenth century. The interior was modernised in the late nineteenth century.

It has a tall, medieval tower, a fine Norman font and an ornamented Cornish cross in the churchyard. The remainder of the church was rebuilt in 1822.

A second cross stands in a meadow near the rectory garden.

The name Tregarrick, first used in the early medieval period, meaning ‘settlement of the Rock’ is still a road name in the Churchtown.


Do you have information of a historic or community interest about Roche which you would like featured on this page please email us with your information. 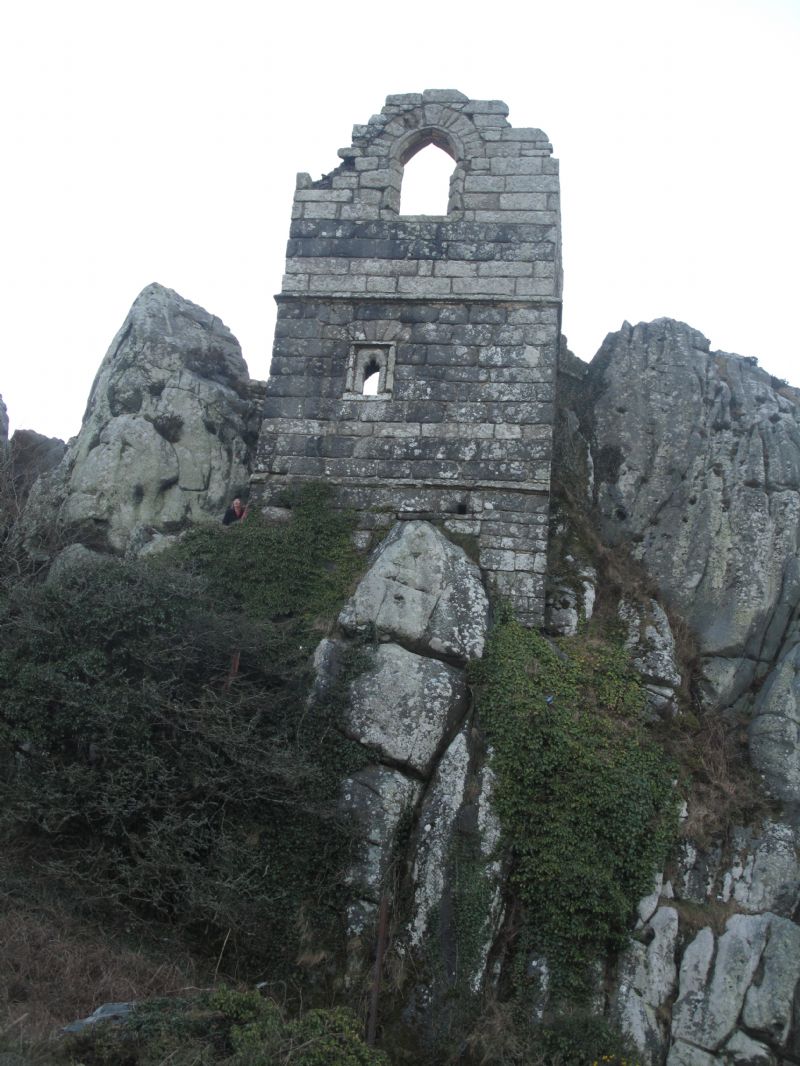 Businesses
in or around Roche