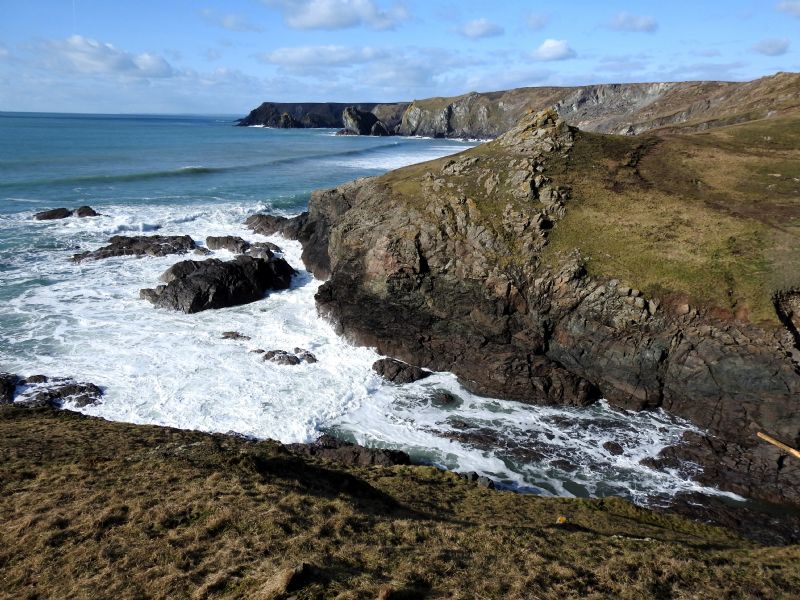 Caerthillian Cove is a secluded rocky cove on the Lizard Peninsula.

A short walk from Lizard Village via Caerthillian Valley, Lizard Point or Kynance Cove, it is part of the Lizard National Nature Reserve.

The 19th century botanist, Reverend C. A. Johns said of Caerthillian valley, "A sloping bank on the right-hand side of Caerthillian valley, about a hundred yards from the sea, produces, I should think, more botanical rarities than any other spot of equal dimensions in Great Britain. Here are crowded together in, so small a space that I actually covered with my hat growing specimens of altogether, Lotus hispidus, Trifolium Bocconi, T. Molinerii, and T. strictum. The first of these is far from common; the others grow nowhere else in Great Britain."

Butterflies frequent the valley as early as February and March, especially on sunny days when it is possible to see numerous Small Tortoiseshells fluttering around this sheltered valley.

Choughs can often be seen on the cliffs here. Two landed within two metres and started feeding on the short cliff-top scrub in front of us during one of our visits

Geologically, it is very important as Caerthillian Valley lies on the geological fault where serpentine and schist meet.

At high tide the sea crashes into the narrow rocky cove but at low water Caerthillian Cove has a sandy beach.

Caerthillian Beach is dog friendly with dogs allowed on the beach all year round.


Do you have information of a historic or community interest about Caerthillian Cove which you would like featured on this page please email us with your information. 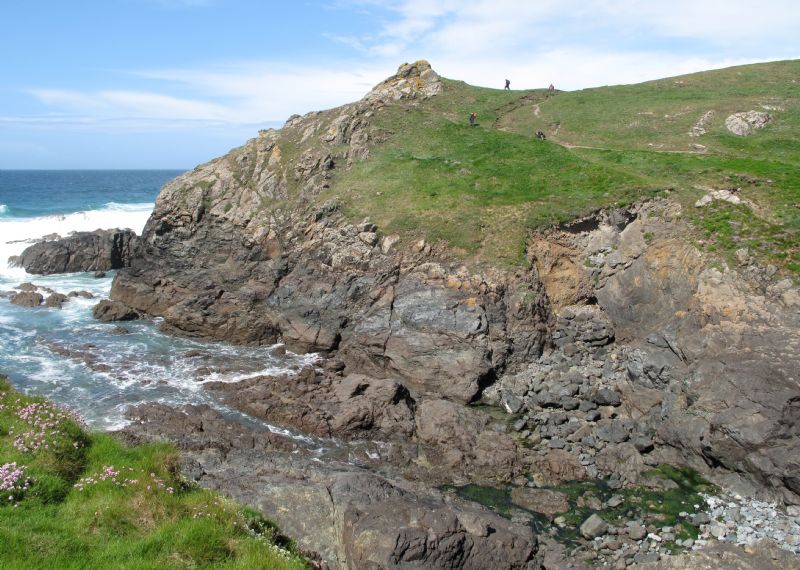 Businesses
in or around Caerthillian Cove