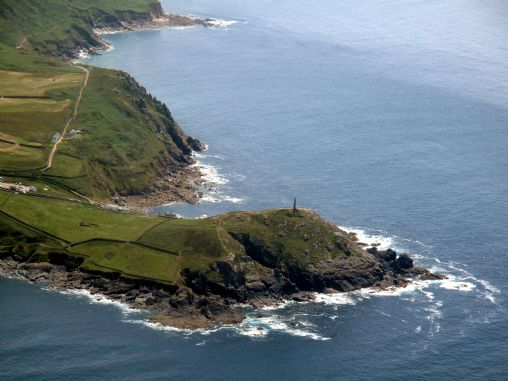 Cape Cornwall, in Cornish, Kilgoodh, is the only cape in the U.K., magnificently crowned with its 19th century chimney, a reminder of former mining times.

There are walks on and around the Cape including the viewpoint in front of the chimney which offers seating to stay and admire the wonderful panorama stretching from the Land's End to the Brisons, Carn Kenidjack and beyond.

You may see Common seals from here as they sit on the rocks below the Cape.

There is a swimming race between Priest's Cove and The Brisons.

Geologically, this area is of slate formation, unusual as the majority of the Land's End peninsula is of granite.

Dr William Borlase described Cape Cornwall as "the promontorie of Helenus, so called, as some think, because Helenus, the son of Priamus, who arrived here with Brute, lieth buried here, except the sea have washed away his sepulchre".

On the isthmus are the remains of an ancient chapel, St Helen's Oratory. It stands within its original enclosure called Parc-an-chapel (the chapel field). A small stone chi-rho cross was found in a stream here, believed to be the gable cross on the Oratory.

Cape Cornwall and Priest's Cove were given to the National Trust in 1987.

The nearest town with a range of facilities is at St Just in Penwith, a short distance away. There is a variety of accommodation in the local area.


Do you have information of a historic or community interest about Cape Cornwall which you would like featured on this page please email us with your information. 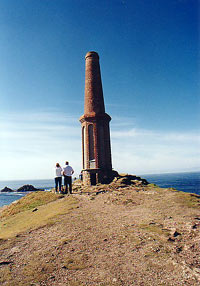