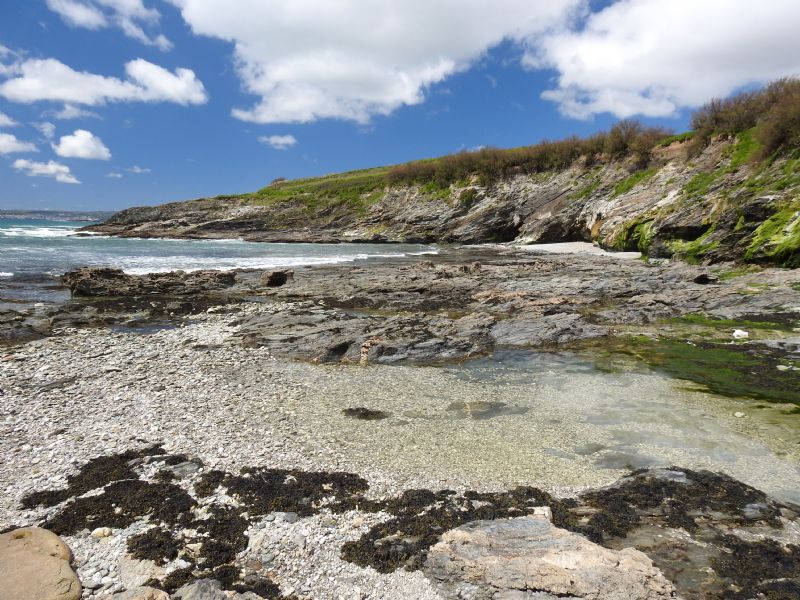 Stackhouse Cove is a shingle and sand beach with flat rocks and a fascinating history.

You will encounter Stackhouse Cove when walking the coast path between Perranuthnoe and Prussia Cove. It is easily accessible from the Cornwall coast path via a short, narrow footpath.

The cove takes its name from the 18th century marine biologist, John Stackhouse, who studied sea weeds here. His research identified that this cove contained the widest range of seaweed species ever recorded in Britain.

Such was his devotion to his work, that in 1775 he commissioned the architect, John Wood the Younger, who was responsible for the design of the world famous Royal Crescent in Bath, to build him a house above the cove, Acton Castle. The house was named after his wife, Lady Susannah Acton, a wealthy heiress from Shropshire.

Stackhouse carried out experiments by trying to grow seaweeds on pebbles.

The waters around Cornwall with their reefs and the influence of the Gulf stream, provide the perfect conditions for seaweed to thrive.

Lady Susannah Acton suffered with poor health so John Stackhouse had a special bath carved into the rocks so she could benefit from bathing in the healing weeds and salt water.

Stackhouse had some of his findings published in a book Nereis Brittanica, or 'A Botanical Description of the British Marine Plants in Latin and English, Accompanied with Drawings from Nature'. It came out in London during 1795.

Stackhouse Cove is also interesting for its geological features. On the cliffs of the cove you can see Tufa Deposits. Tufa is a soft porous calcium carbonate that forms when the calcium rich water evaporates. Some of these formations are covered with algae and moss but they are clearly visible.

There is a deep cave on the west side of the cove with a fine example of flowstone (the material that forms stalactites and stalagmites) but please do not enter caves unless you know what you are doing and have told someone where you are going, as some holes in the cliffs are not caves but mine adits which can be hazardous as they may contain sumps (hidden holes in the floor containing deep water in which you would drown) or they lead to mine shafts which drop vertically many hundreds of feet (metres). You should always be aware of possible rock falls and wear a protective hat if you are doing any serious exploring underground.

The beach is west facing and at low tide it is possible to walk across the rocks to Porth Sampson, a smaller beach.

There is no safety equipment, no RNLI service and no toilets or other facilities at Stackhouse Cove.

Swimming is possible on an incoming tide and there are many rock pools to explore at low water.

Stackhouse Cove is dog friendly with dogs allowed on the beach all year round.


Do you have information of a historic or community interest about Stackhouse Cove which you would like featured on this page please email us with your information.

Location:
The nearest car park is at Prussia Cove. 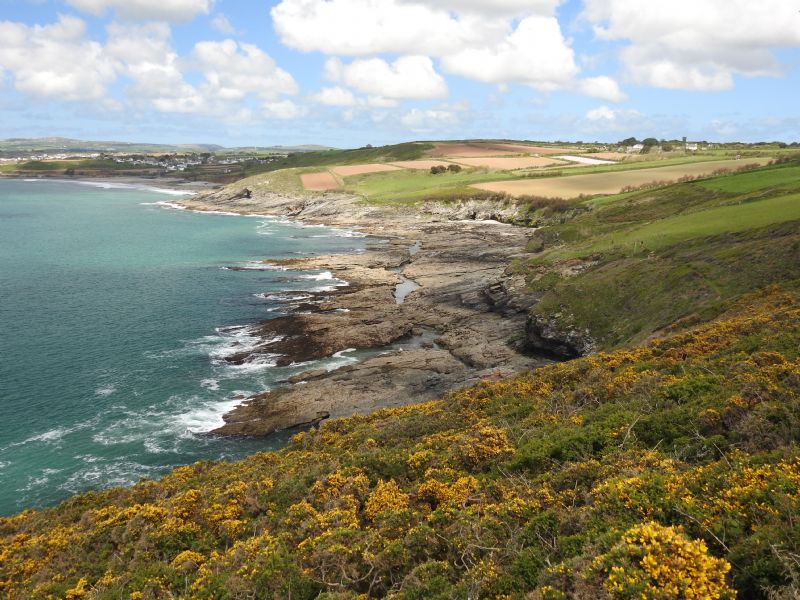 Businesses
in or around Stackhouse Cove