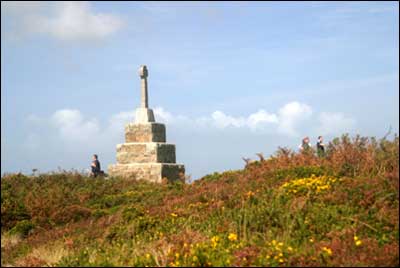 Tregonning Hill stands within the parishes of both Breage and Germoe. The hill has an interesting history

It is excellent for walking and its summit makes a good viewpoint for Mounts Bay and the surrounding area. The hill is famous as the place where kaolin (china clay) was discovered by William Cookworthy circa 1745.

On the slope of Tregonning Hill was the site of an ancient settlement dating from c.6th century. It is believed that this was the original site of St Breaca's church. St Breaca is thought to be one of a number of Irish Saints who arrived in the Hayle area. Breaca fled here after her party was attacked. The remains of an Iron Age hill fort known variously as Castle Pencaire, Pencaer, Caer Conan and Loban Rath have also been noted as the place where St Breaca is thought to have fled to. There are no remains visible of the oratory which the saint established here.

The name is believed to have various possible derivations. The name Tregonning Hill was known in 1687. The hill is named from the farm. The farm was known as Tregonan in the 1300s i.e. the farm of Conan with the 'c' mutating to a 'g'. It is also suggested that the translation of the name could mean farm of the little down. There was also another name recorded for the hill, Pencair in the 1500s which probably refers to the hill fort on its summit Cornish ker/caer meaning hill fort.


Do you have information of a historic or community interest about Tregonning Hill which you would like featured on this page please email us with your information. 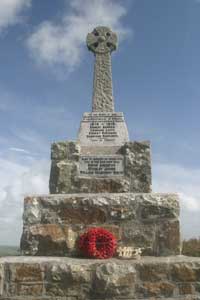 Businesses
in or around Tregonning Hill