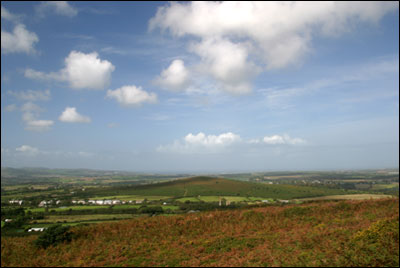 Ashton, meaning 'ash tree farm' (also known in Cornish as Trevonnen), is a small village which dates from the 19th century and stands in the Parish of Breage

The name is believed to derive from the English rather than the Cornish language and to be associated with ash trees.

Nearby Tregonning Hill is excellent for walking and its summit makes a good viewpoint for Mounts Bay and the surrounding area. The hill is famous as the place where kaolin (china clay) was discovered by William Cookworthy circa 1745.

On the slope of Tregonning Hill was the site of an ancient settlement dating from c.6th century. It is believed that this was the original site of St Breaca's church. St Breaca is thought to be one of a number of Irish Saints who arrived in the Hayle area. Breaca fled here after her party was attacked. The remains of an Iron Age hill fort known variously as Castle Pencaire, Pencaer, Caer Conan and Loban Rath have also been noted as the place where St Breaca is thought to have fled to. There are no remains visible of the oratory which the saint established here.

The village has some local facilities.


Do you have information of a historic or community interest about Ashton which you would like featured on this page please email us with your information.

Location:
Located in West Cornwall near to the South coast on the A394 between Penzance and Helston. 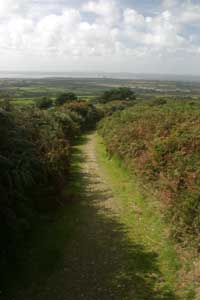 Businesses
in or around Ashton