Cornwall > A to Z > Tintagel and North Cornwall > Crackington Haven 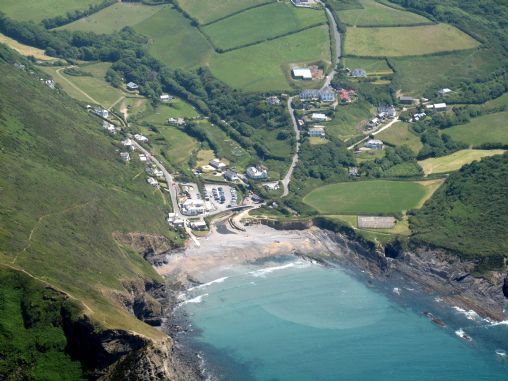 Crackington Haven, in Cornish, Porthkragen, is magnificently situated between towering cliffs. The cove offers sheltered bathing and lies at the end of a steep valley.

Of great geological interest, the cliffs exhibit extensive folding of shale and sandstone.

The Haven was formerly used by small ships who used to put into Crackington with their cargoes of coal and lime and for the export of slate from the local quarries but the activity was rather hazardous as is witnessed by the inscriptions in the local graveyard! A limekiln was in operation on the beach.

During the early 18th Century it was proposed to build a harbour at Tremoutha to be known as the Duke of Cornwall's harbour with a new town called Victoria but the project never came to fruition.

The fine sandy beach which we can see again today had all but disappeared between the 14th and 19th century as the removal of sand from the beach from local land owners etc. rendered the beach bare to its bedrock.

Walkers and hikers will enjoy the spectacular views from the coastal footpath.
Going north to Pencannow Point hikers will find that the stream here forms a waterfall, cascading over the rocks.

We would like to thank a recent contributor who has pointed out that local land owners could not have removed all the sand as this would have been a massive task and that tidal conditions such as those experienced during the storms of early 2016, would have been responsible for stripping the sand from the beach.

"Our family have lived in this area for generations, including the period from between 14th to the 19th century referred to.

I would like to point out that a few local families living in a very rural community at the time would have a full time struggle on their hands to remove all sand from the beach!

The new year in 2016 has seen the beach stripped of all sand and rendered the beach bare to the bedrock! The pebble ridge has completely disappeared, the larger boulders having been dragged back in the current storms and the river is sprawling the full width of the beach. Please see photos.

Storms and variations in tidal conditions have always changed and shaped the beach and always will.

In the distant past the beach was a busy trading area with imports and exports, a lime kiln and slate quarrying on the beach head. The area was dependant upon agriculture and local families worked very hard in order to survive. The beach and the foreshore were owned by the Duchy and private individuals. The area of beach now owned by the Parish Council was donated by William Thomas Tilley in the early 1900's to enable public access for the generations to come.

William purchased the area for £100 from the Duchy in the name of St Gennys Parish Council. A considerable sum which in comparison would have purchased a house at the time.

In appreciation he was granted the right to remove beach material for his personal use, which on occasions he did , using an oak wheel barrow. This was a very busy man who was, among other things committed to the preservation of Crackington beach and making it available for everyone to enjoy.

It was a fact that others removed beach material, historically some had the right some had not so it became very controversial. It is certainly not true that local land owners had stripped the beach of sand back to its bedrock! Such accusations have been made in recent years and have done little to promote unity among those with deep roots in the community we all claim to love."

The book launch of 'Crackington Haven. A Century of Change
The Memoirs of Alfred Thomas Tilley', will take place on Monday 5th September at 3pm.

Alfred Tilley will be present and will be happy to meet anyone who would like to come along. He is 99 years counting down to 100!

The book will be available at the launch. Also at local shops and book stores as from September the 5th.


Do you have information of a historic or community interest about Crackington Haven which you would like featured on this page please email us with your information.

Location:
Located in North Cornwall. Easily accessed from the A39 trunk road between Bude and Tintagel.

‘Crackington Haven. A Century of Change. The Memoirs of Alfred Thomas Tilley’ - A Review

Businesses
in or around Crackington Haven 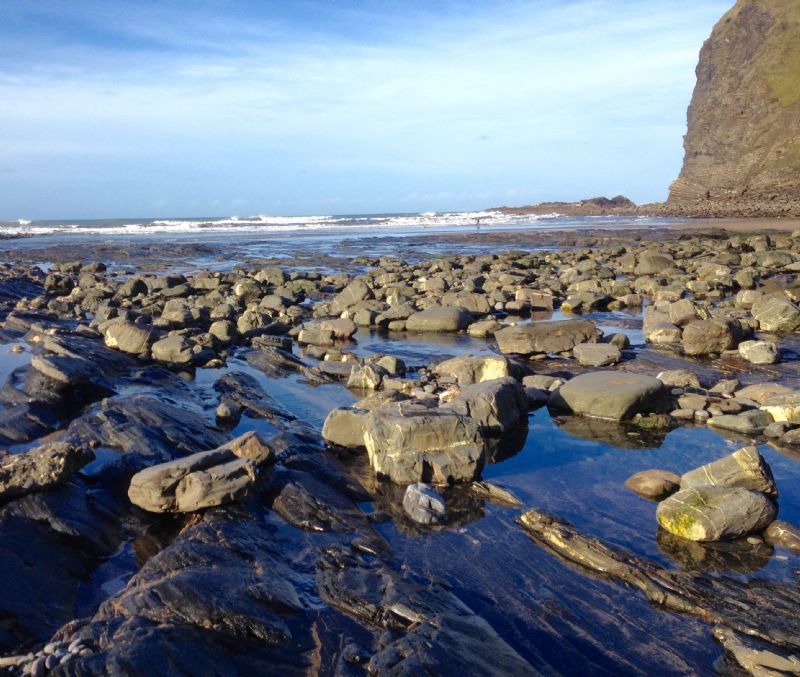 Crackington Haven beach after the storms in January 2016 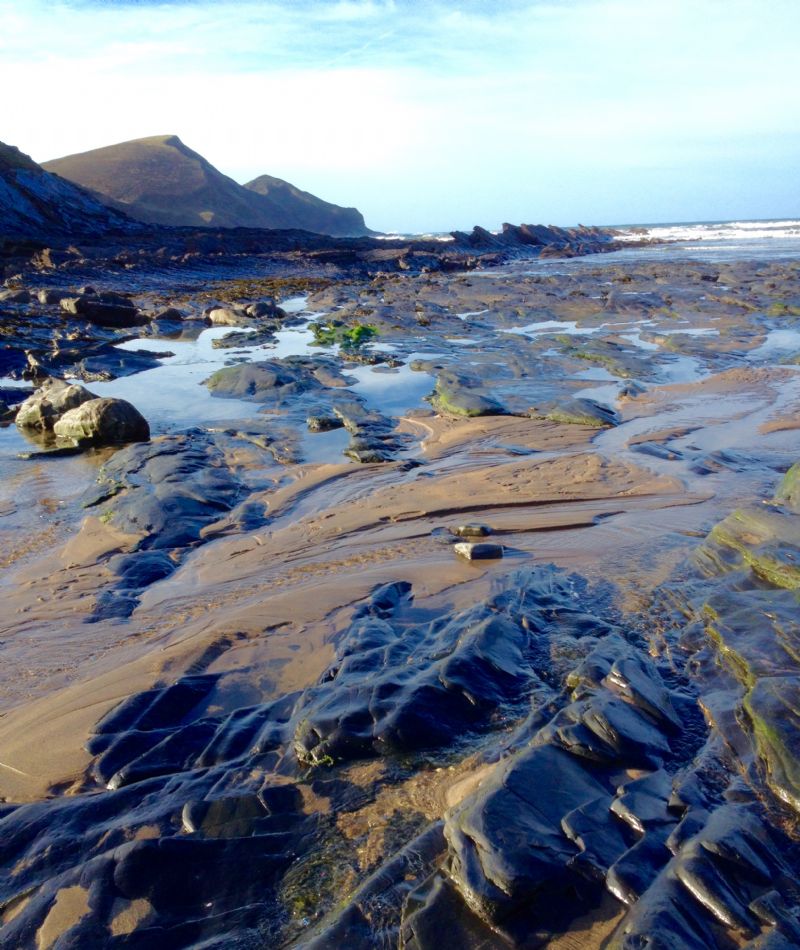 Crackington Haven beach after the storms in January 2016

Beaches
Geology & Mining
Surfing
'10 of the Best'
Guides to Cornwall