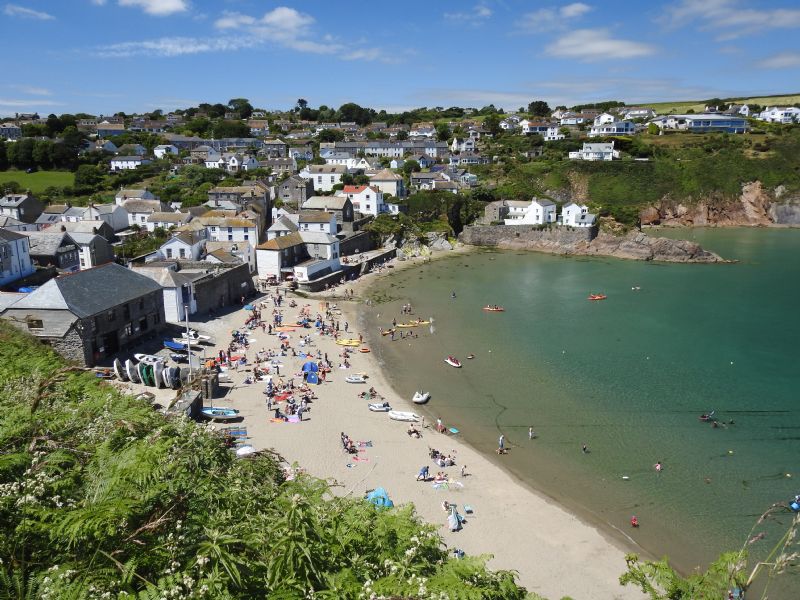 Gorran Haven is a pretty coastal village, in an Area of Outstanding Natural Beauty (AONB)
on the easternmost point of the Roseland Peninsula

Nestled in a valley, a collection of fishermen's cottages, gather round the secluded cove give Gorran Haven an old world charm.

Gorran Bay is sheltered by the imposing Dodman Point. It has two sandy beaches - Gorran Beach and Little Perhaver - and a pretty stream.

To the north of Gorran Haven is another sandy beach - Great Perhaver and to the south, a short walk along the coast path, is Vault Beach (also known as Bow Beach).

There are excellent walks out along the Cornwall coast path in both directions.

The village was formerly known as Portheast, a corruption of the Cornish name Porth Just meaning Just's Cove. The Parish Church situated in Gorran Churchtown is dedicated to St Just.

Charles William Peach, the geologist worked in this area. There is a plaque to his memory in the village.

Sir Richard Dearlove, the former head of MI6 was born in Gorran Haven.

The author, Colin Wilson, settled in Gorran Haven during the 1950s.

Evidence of early settlement at Gorran Haven comes from microliths of the Mesolithic period (Middle Stone Age) found near Carn Rocks on the cliffs east of the village. A tall quartzite pillar is also located at Carn Rocks.

There are also remains of Bronze Age tumuli.

Off the coast are Gwineas Rocks. At this early period the sea level would have been much lower and the rock would have been a more prominent island. Its name is from the Cornish words 'gwyn' and 'enys' meaning holy or white island.

The village was mentioned in the 13th century as being a very important fishing port for seining, bigger than its neighbour, Mevagissey. Seining was the method of catching pilchards with long nets. Gorran Haven remained the major fishing port in the area until the 18th century.

Today Gorran Haven is a popular destination for holiday visitors and a stop off point for hikers walking the Cornwall coast path.


Do you have information of a historic or community interest about Gorran Haven which you would like featured on this page please email us with your information. 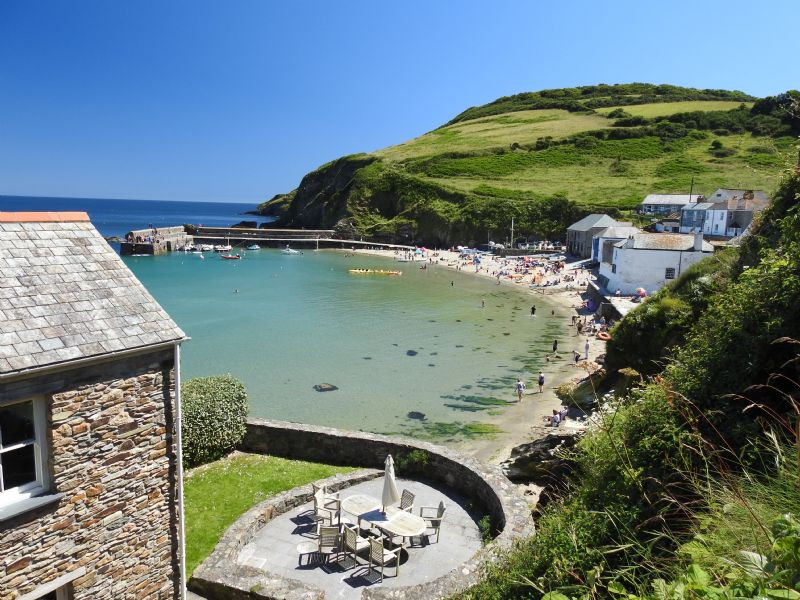 Businesses
in or around Gorran Haven

Beaches
Dog friendly Cornwall
'10 of the Best'
Guides to Cornwall