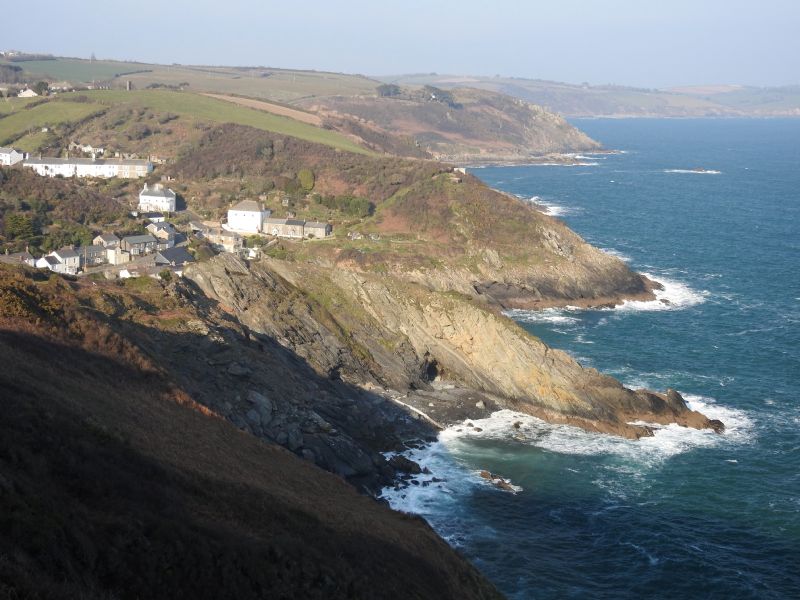 Portloe is a pretty, unspoiled, fishing village nestled in a steep valley on the Roseland Peninsula on the south coast of Cornwall

The village lies within the Cornwall Area of Outstanding Natural Beauty (AONB).

In the 17th and 18th centuries, Portloe was a thriving pilchard fishery but as the taxes on salt for salting the fish, made it such an expensive commodity, many local residents turned to smuggling to make their living.

Portloe's location and remoteness made it an excellent place for smugglers to land their contraband. Smuggling was a popular activity in the 18th and early 19th century and even the local inn keeper went to the gallows for engaging in smuggling French brandy. Many local farms and fish cellars would have contained barrels of smuggled French brandy.

The situation became so serious that in 1824 Customs ordered that a watch, boathouse and slip should be erected at Portloe but smuggling continued for as long as it was profitable.

In 1870 a lifeboat was stationed at Portloe by the Royal National Lifeboat Institution (RNLI) but it was removed in 1887 and never performed a rescue. In 1877 it was moved from its first boat house to one closer to the water. Its first house was converted into a church. After the boat's withdrawal the second boat house became a school and it is now a private house.

Portloe is from the Cornish words 'porth' meaning a 'port' or 'harbour' and 'logh', meaning an 'inlet'.

In the early twentieth century, Portloe had more than fifty fishing boats.

Many film and TV companies have used Portloe as a filming location for their productions.
The TV series, 'The Camomile Lawn' was filmed near here at Broom Parc, as was the 2012 Richard Curtis film, 'About Time'.

Portloe is also popular with other famous personalities including Prime Minister Mr David Cameron, Will Young and Morrissey, who have all visited the village.

Portloe is on the Cornwall Coast Path with excellent walks to the east and west. You can also enjoy walks inland on numerous public footpaths and quiet country lanes. Fishing is popular and you can explore the area's local history.

Sir John Betjeman described Portloe as "One of the least spoiled and most impressive of Cornish fishing villages".


Do you have information of a historic or community interest about Portloe which you would like featured on this page please email us with your information.

Location:
Portloe is located on the western side of Veryan Bay in the Parish of Veryan.

Businesses
in or around Portloe