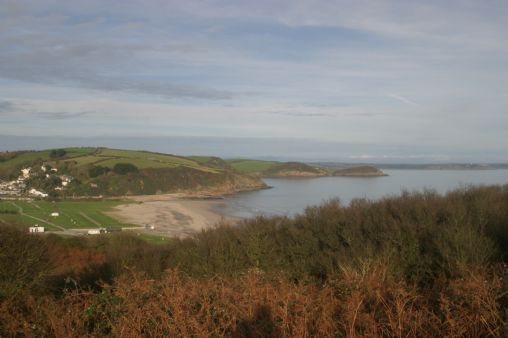 Pentewan is a small village with an east facing wide sandy beach and a disused landlocked harbour.

400 yards of dry land now separate the harbour basin from the sea. Its waters are held in by a lock gate. The beach is private but can be accessed from the village. Kitesurfing and surfing are popular at Pentewan, the beach is popular for all surfing abilities.

Stone quarried in the area has been used for centuries in some of Cornwall's most famous houses and many of its churches.

An important harbour town for many centuries, during the 13th and 14th centuries Pentewan overshadowed Mevagissey in importance as a harbour. At this time it was famous for shipping stone from Polrudden Quarry.

In the 19th century Pentewan was a busy port for the shipping of Cornish china clay. Work on the present harbour began in 1818, the brainchild of Sir Christopher Hawkins, MP, businessman and local mine owner. Sir Christopher needed an outlet for shipping clay from his own mines. By 1826 the current harbour was finished. A trade of coal for the local mines and export of china clay and tin ensued. Unfortunately, it was mining activities which brought about the downfall of Pentewan as a harbour. Silting caused by a build up of sand and possibly even clay would often leave the channel unnavigable for weeks on end, stranding ships in the basin. It struggled on into the 20th century but in the 1920s it saw its last shipment of china clay.

In 1829 a narrow guage railway was built between St Austell and Pentewan to more easily transport the china clay to the port. Initially it was operated by means of gravitation and horses. After 1874 the line was operated by steam locomotives. The line closed in 1916. The railway was never extended inland to the china clay pits themselves and it too suffered from the effects of silting as sections of it would be washed away when a build up of sand caused the river to flood.

Today the course of the old railway has become a walking and cycling trail, the Pentewan Valley Trail, which extends from London Apprentice to Pentewan, a distance of about 4km. The remains of railway tracks leading to the harbourside where clay and other minerals would have been loaded onto boats, can still be seen. The former railway sidings are seen as your approach Pentewan beach. You can also enjoy woodland and river views.

The name Pentewan is from the Cornish 'Pen' meaning 'end' and 'tewyn' 'sand dune' or 'sandy beach'. The name was in use as early as the 1300s. It is pronounced Pen-tuan.


Do you have information of a historic or community interest about Pentewan which you would like featured on this page please email us with your information. 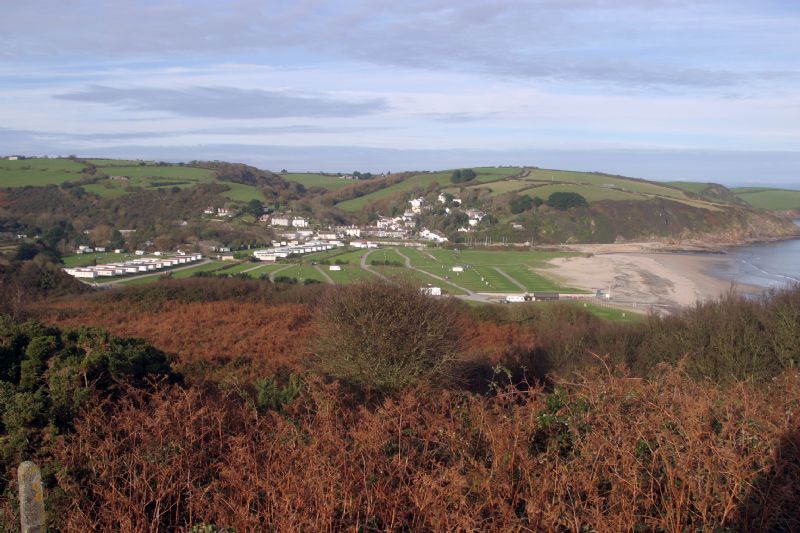 Businesses
in or around Pentewan