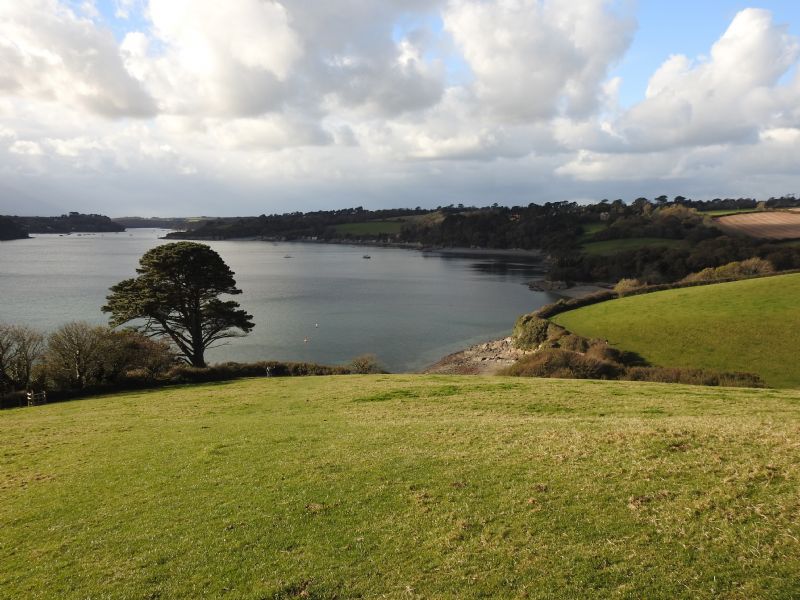 This section of the coast path takes you through scenic river views along the Helford with a ferry crossing during the summer months, passing beautiful sub-tropical gardens and World War II, D-Day embarkation points and secluded coves to arrive at one of Falmouth’s many beaches.

Helford is a quiet, pretty village on the south of the Helford River.

1. Make your way through the village and out onto Helford Point to board the pedestrian ferry across the Helford River.

The Helford River separates the Lizard Peninsula from Falmouth. The river has many beautiful creeks and is part of the Helford Voluntary Marine Conservation Area.

After a few minutes of weaving between yachts moored on the sheltered waters here, the ferry arrives at Helford Passage, where you alight onto a wooden pontoon.

Helford Passage has a small, sandy beach and facilities for refreshments. The beach has restrictions on dogs during the summer but dog owners can use the ferry. To your right, hidden in the trees above the beach is a pill box from World War II, one of many along this area of the coastline. For more information about Cornwall during the Second World War see War in Cornwall

2. Walk along the lane behind the beach then at the wooden sign follow the coastal footpath as it passes the beach and then walk up a few steps to a gate into a field. Several paths cross the field, some closer to the water than others but stay on the lower path beside the trees and bushes and after a while there are breaks where you have views of the river.

3. The path soon rounds a headland and enters into trees. Inland are Trebah Gardens (Admission Fee). The path passes through a tunnel on stepping stones between the gardens and the private beach at Polgwidden Cove.

Polgwidden Cove with its sandy beach, known also as Trebah Beach is privately owned and can be accessed from Trebah Garden. It contains the remains of the concrete slipways which were constructed in World War II for the landing craft which left from here for the D Day beaches of Normandy. In early 1944 a military road was built which ran from the Helford Passage road above Trebah Gardens to the cove here at Polgwidden. A large concrete area was laid on the foreshore and a jetty of 150 ft (46m) was constructed In June 1944 the US 29th Infantry division embarked from here for their assault on Omaha Beach in Normandy.

4. The path leads upwards into an open field and below you is Robin’s Cove.

Robin’s Cove is a small, secluded beach of sand and shingle at low tide but can only be accessed along the foreshore. At high water there is no beach here.

5. The path enters the cover of trees as you approach Durgan.

The hamlet of Durgan is owned by the National Trust. Inland are Glendurgan Gardens (Admission charge required or NT membership). Durgan Beach is south facing with lovely views of the Helford estuary. The beach is a mixture of sand and shingle at low tide but at high water there is little or no beach here. Durgan was formerly a busy fishing cove with fish cellars, its own coal yard, chapel, donkey sheds and an ale house called ‘The Two Cutters’. In 1823 it was bought by Alfred Fox. A schoolroom was added in 1876 by Sir Joseph Pease and he demolished the ale house creating Quay Cottage and Beach Cottage in its place.

6. The coast path continues under trees. Grebe Rock is below you.

Shortly after Grebe Rock is Grebe Beach which is quiet and secluded. Access to the beach is down a steep path. The beach is backed by woodland and has excellent views over the Helford River. Grebe Beach is dog friendly with dogs allowed all year round. The beach extends to over yards (200m) and is rocky in places with rock pools to explore. At high water there is no beach here. There are eel grass beds off the coast here.

7. The coast path opens up again as you approach Porth Saxon

Porth Saxon, also known as Porth Sawsen and Cow Beach is a sand and shingle beach at low water with flat stones at high water. A WW2 pill box overlooks the beach from the east. Porth Saxon is dog friendly with dogs allowed all year round. A private boat house stands near the entrance to the beach.

8. After passing behind Porth Saxon beach the coast path skirts the edge of an open field and after a short distance passes to the rear of Porthallack Beach.

As the path enters Porthallack it passes a boat house on the right with a private slipway. Porthallack Beach is a sand and shingle beach at low water and the closest beach to the mouth of the Helford River. The beach is good for snorkelling and popular with anglers. Porthallack beach is dog friendly with dogs allowed all year round. The beach is part of the Trerose Estate.

9. The coast path now circles the base of Toll Point and begins to climb.

Toll Point stands at the mouth of the Helford River. As you climb up Toll Point there are stunning views up to Helford Passage, Helford and the beaches you have passed through on this walk. On the southern bank of the river you can see the sandy coves at Ponsence and Bosahan and the headlands of Dennis Head and Nare Point. Anglers report that fishing off Toll Point is good for ray. It is possible that the name ’Toll’ refers to the Cornish word for ‘hole’ which is ’tol’.

11. After a short walk in an open field, the path passes through a kissing gate to enter a small area of woodland. Follow the coast path sign to walk downhill through the woodland. You are now walking through an area known as Mawnan Glebe.

A ‘glebe’ is an area of land owned by the church to support its parish priest. The word comes from Middle English and would have originally been from Latin gleba or glaeba meaning "clod, land, soil". Mawnan Church is just inland of here. Below you is Parson’s Beach with Mawnan Rock offshore.

12. After a short distance in the woods walk up the flight of wooden steps to leave Mawnan Glebe and the path soon opens out with views of the sea below.


Do you have information of a historic or community interest about Helford to Maenporth - Walk - Cornwall Coast Path which you would like featured on this page please email us with your information.

Location:
The walk begins on the Lizard Peninsula and ends on the outskirts of Falmouth. 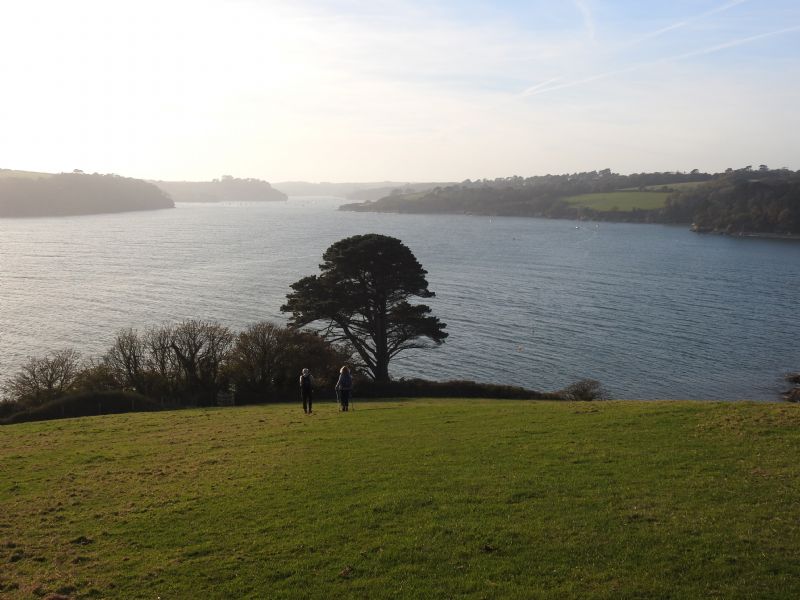 Businesses
in or around Helford to Maenporth
Walk
Cornwall Coast Path