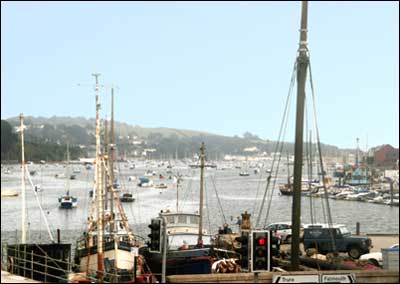 Penryn, in Cornish, Penrynn, is an ancient borough and town close to Cornwall's south coast.

Its inclusion in the Domesday Book in 1086 confirms that Penryn was an important settlement in Saxon times and there are signs of habitation in the area from the Iron Age.

Penryn stands on the Penryn River, a tributary of the Fal River, Penryn is far older than Falmouth, its neighbour. Variations of the name have included Perryn, Perin and Permarin.

Until relatively recently, Penryn had granite leats (channels carrying water) along its streets, in the same way that Helston still does. The leats in Penryn have now been covered.

An important ecclesiastical centre for three hundred years between the 13th and 16th centuries, Penryn became less important in this respect at the time of the Dissolution of the Monasteries by Henry VIII in 1539.

Glasney Collegiate Church and those who lost their lives in the Prayer Book Rebellion are today commemorated by a granite monument which stands at the junction of the B3292 and the road to the town centre.

Many buildings survive from the Tudor, Jacobean and Georgian periods and have now been restored, within the Penryn Conservation Area, since the recognition of Penryn's architectural importance in the late 1970s.

A medieval open hall house was discovered during 2006 when a house was being renovated.

The Parish Church is dedicated to St Gluvias and stands apart from the main town high above Penryn River.

Industrially, Penryn was famous for its granite which has been used in the construction of lighthouses, harbours and sea defences as far apart as the Thames Embankment and Singapore Harbour.

A play demonstrating the lure of money and its effects on human behaviour is told based on the true story of a young man from a Penryn family. The Penryn Tragedy tells the story of a young sailor who left home and made his fortune and then returned to bring the good news to his parents who ran an inn in the town. Unfortunately, as a prank, the young man disguised himself, and his parents, overcome with the temptation of acquiring the wealth of the young stranger, murdered him. It was only when his sister, who was aware of his plan, came to visit, that the tragedy of what had occurred unfolded.

Penryn has a busy shopping centre with many nautically related businesses and a range of accommodation available.

Buy your train ticket to Penryn


Do you have information of a historic or community interest about Penryn which you would like featured on this page please email us with your information.

Location:
Situated on the South coast of Cornwall.

In the Truro - Falmouth Area. 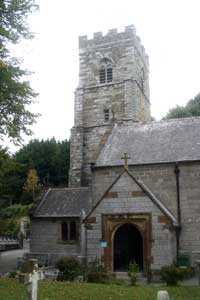 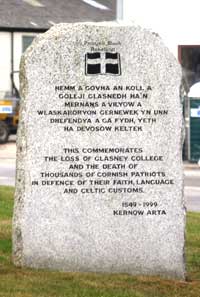 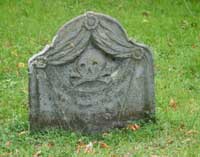 Churches
Ghost Hunting
'10 of the Best'
Guides to Cornwall