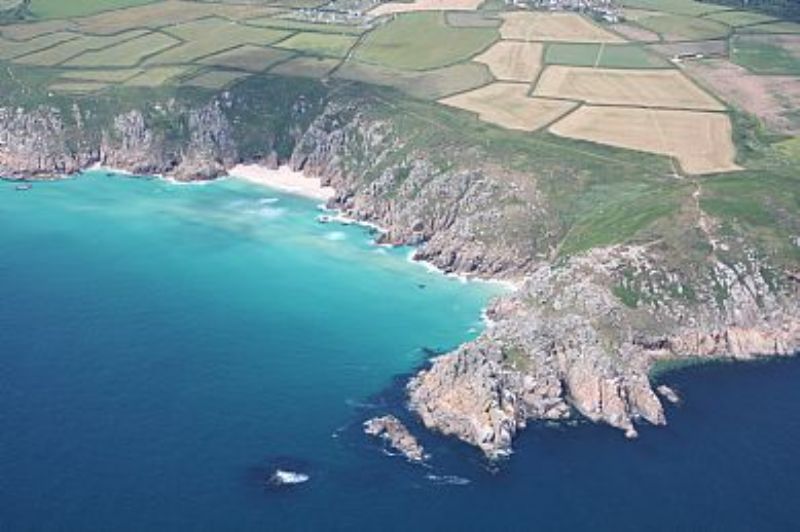 Treryn Dinas is a large Iron Age cliff castle on a headland between Porthcurno and Penberth.

The promontory fort is defended by four pairs of ramparts and ditches. The first rampart is 6.5m high and 275m long. There are traces of two roundhouses behind the final line of defence.

Treryn Dinas can be accessed from the village of Treen (SW395230) or along the coastal footpath from Porthcurno or Penberth.

The Key of the Giant's Castle.

THE giant’s castle at Treryn, remarkable as a grand example of truly British Cyclopean architecture, was built by the power of enchantment. The giant to whom all the rest of his race were indebted for this stronghold was in every way a remarkable mortal. He was stronger than any other giant, and he was a mighty necromancer. He sat on the promontory of Treryn, and by the power of his will he com pelled the castle to rise out of the sea. It is only kept in its present position by virtue of a magic key. This, the giant placed in a holed rock, known as the Giant’s Lock, and when ever this key, a large round stone, can be taken out of the lock, the promontory of Treryn and its castle will disappear beneath the waters. There are not many people who obtain even a sight of this wonderful key. You must pass at low tide along a Granite ledge, scarcely wide enough for a goat to stand on. If you happen to make a false step, you must be dashed to pieces on the rocks below. Well, having got over safely, you come to a pointed rock with a hole in it; this is the castle lock. Put your hand deep into the hole, and you will ?nd at the bottom a large egg-shaped stone, which is easily moved in any direction. You will feel certain that you can take it out,—-—but try! Try as you may, you will ?nd it will not pass through the hole; yet no one can doubt but that it once went in. Lieut. Goldsmith dissolved one bit of superstition by foolishly throwing the fatal Logan stone from off its bearing; but no one has ever yet succeeded in removing the key of the giant’s castle from the hole in which the necromancer is said to have placed it when he was dying.

THOSE who have visited the Logan rock will be familiar with the several groups which form the Treryn promontory. Treryn Castle, an ancient British fortress, the Cyclopean walls of which, and its outer earthwork, can still be traced, was the dwelling of a famous giant and his wife. I have heard it said that he gave his name to this place, but that is of course doubtful. This giant was chief of a numerous band, and by his daring he held possession, against the giants of the Mount, of all the lands west of Penzance. Amongst the hosts who owned allegiance to him, was a remarkable, fine young fellow, who had his abode in a cave, in the pile of rocks upon which the Logan rock stands. This young giant grew too fond of the giantess, and it would appear that the lady was not unfavourably inclined towards him. Of their love passes, however, we know nothing. Tradition has only told us that the giantess was one day reclining on the rock still known as the Giant Lady’s Chair, while the good old giant was dosing in the Giant’s Chair which stands near it, when the young and wicked lover stole behind his chief and stabbed him in the belly with a knife. The giant fell over the rocks to the level ridge below, and there he lay, rapidly pouring out his life-blood. From this spot the young murderer kicked him into the sea, ere yet his life was quite extinct, and he perished in the waters. The guilty pair took possession of Treryn Castle, and, we are told, lived happily for many years.


Do you have information of a historic or community interest about Treryn Dinas which you would like featured on this page please email us with your information. 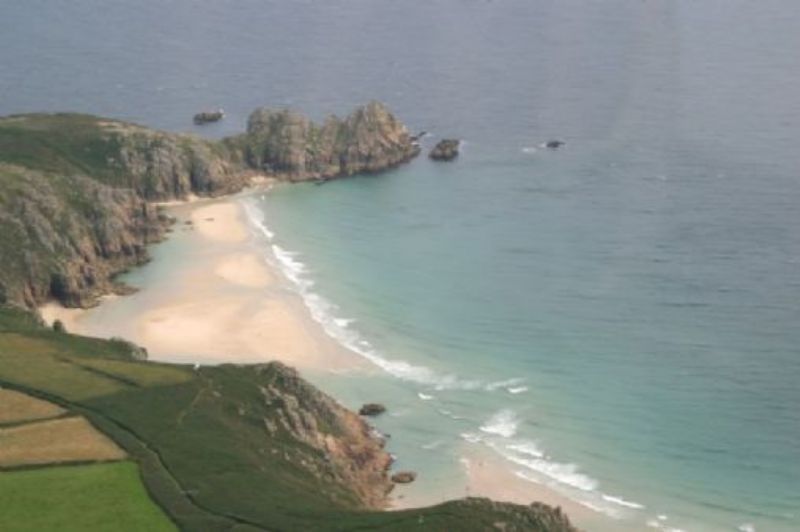 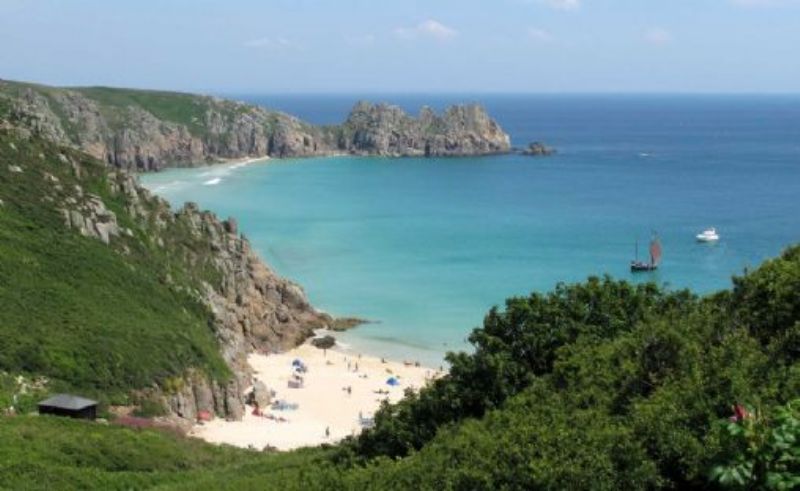