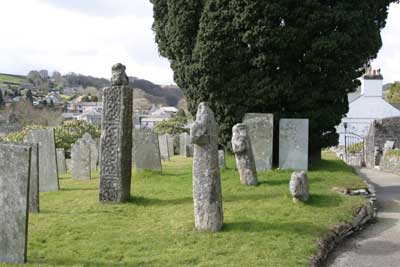 St Neot parish and village are tucked away between the eastern side of Bodmin Moor and and Cornwall's south east coast, a picturesque village and parish with an interesting history.

The parish church is dedicated to St Neot and is famous for its wonderful stained glass windows most of which date from the 15th and early 16th centuries. The windows depict various biblical scenes from the Creation onwards, telling the story of the Christian religion. Other windows not from this early period depict St Neot, the patron saint of the parish and St George.

Visitors to St Neot will notice that there appears to be a tree growing from the top of the church tower. In fact, a branch of Oak is placed there every year on Oak Apple Day, the 29th May, to celebrate the fact that St Neot remained staunchly Royalist during the English Civil War. This date in 1660 and for several centuries after, was a public holiday to celebrate the restoration of the monarchy.

There are 13 ancient stone crosses in St Neot parish. Five of these crosses can be found within the churchyard.

The Holy Well of St Neot stands near the stream, a short walk from the church. It is sign posted from the centre of the village. The walk is a lovely one at any season as you follow the stream through the trees until it opens out to a field where the well stands.

St Neot is believed to have been of very small stature, reportedly only 38 cm (15 inches) tall. He was noted for miracles and had a special affinity with animals who feature in many of his miraculous acts.

Of archaeological interest within the parish are: Goonzion, a settlement enclosure of Romano-British origin; Berry Castle, a tor enclosure which is possibly Neolithic, some 5500 years old; and Crowpound, an enclosure of uncertain date but which may date from the Romano-British period.

St Neot is mentioned twice in the Domesday Book of 1086, as being held by two landowners, the clergy of St Neot's and Odo.

Although it is not obvious today, St Neot was historically a busy centre with copper, tin and silver mining as well as slate quarrying. In the Middle Ages this whole area was engaged in wool production including treating the wool with dyes. The sale of wool would have made a major contribution to the wealth of the area and to the building of its magnificent church.

The tin industry here began with streaming and rapidly grew to full scale mining in the 18th and 19th centuries with several mines operating within the parish including Ambrose Lake mine which produced both tin and copper in the late 1800s and Mary Great Consols.

Dozmary Pool is located in St Neot parish. It is famous for its association with Arthurian legend and the folklore of Tregeagle (pronounced Tregaygle). The ghost of this infamous character, known as the Cornish Bluebeard, was condemned to empty the pool, which is believed to be bottomless, with a holed limpet shell. A tortuous task which he would do mfor all time such was the wickedness of his acts in life.


Do you have information of a historic or community interest about St Neot which you would like featured on this page please email us with your information. 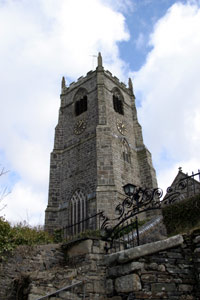 Businesses
in or around St Neot 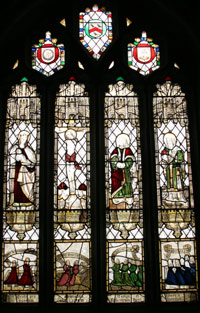 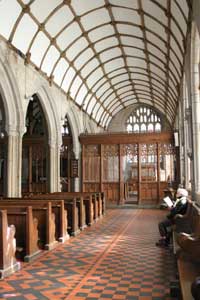 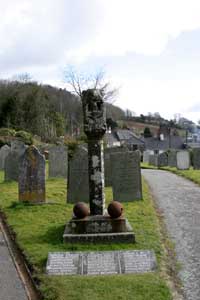