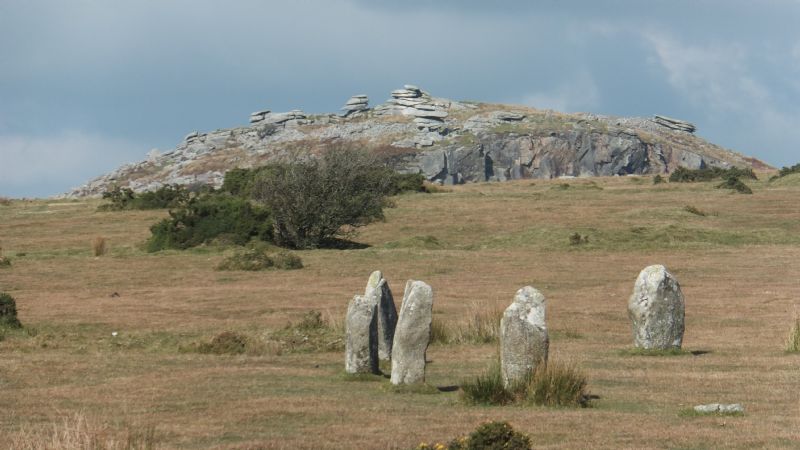 Minions - Part of The Hurlers with Stowe's Hill and the Cheesewring

Minions, in Cornish Menyon, is a village on the eastern edge of Bodmin Moor located in a beautiful area of moorland known as Minions Moor.

The village is an ideal starting point for a variety of walks onto the moor.

The name, Minions was first recorded in 1613. It is believed to derive from the Cornish word 'menyon' meaning stones. This is rather fitting as the area is famous for several stones including the Hurlers, three Bronze Age stone circles and the Cheesewring, an enigmatic structure of rocks resting upon each other on Stowe's Hill. There are also the remains of several quarries near the village as well as relics of metal mining.

The area around the village is rich in archaeological sites including tumuli including a very famous burial mound, the Rillaton Barrow, whose excavation produced a gold, corrugated cup which is now in the British Museum. A copy can be seen in the Royal Cornwall Museum in Truro.

Another round barrow, known as Minion's Mound, is located on the southwestern edge of the village adjacent to the car park.

A menhir (standing stone) known as Long Tom or the Long Stone, stands half a mile (800 metres) southwest of Minions.

Minions is part of Linkinhorne parish. It is believed to be the highest village in Cornwall, standing at an altitude of 980 ft (300 metres). The village is northwest of Caradon Hill and about four miles (6 km) north of Liskeard.

It became a major industrial centre between the mid 1800s and the late 19th century. Mining and quarrying made it necessary for a railway to be constructed and evidence of this can still be seen near the Cheesewring Quarry.

On the approach to the Cheesewring is a fascinating rock hut which was formerly the home of Daniel Gumb, a stone cutter, mathematician and astronomer. The original site of his cave was quarried away but the quarrymen relocated the stones to this new position to preserve his home and his memory. Daniel and his wife lived here with their children from around 1735. You can still see the geometrical signs on the main lintel stone which Gumb carved.

Metal mining continued at Minions until around 1914. Several pumping engine houses can still be seen. The South Phoenix Mine engine house is now the home of the Minions Heritage Centre.


Do you have information of a historic or community interest about Minions which you would like featured on this page please email us with your information. 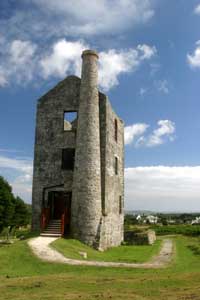 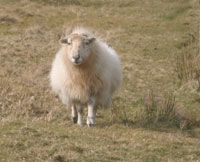 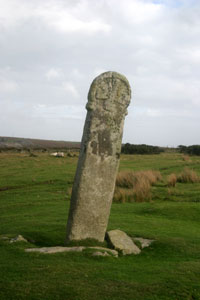