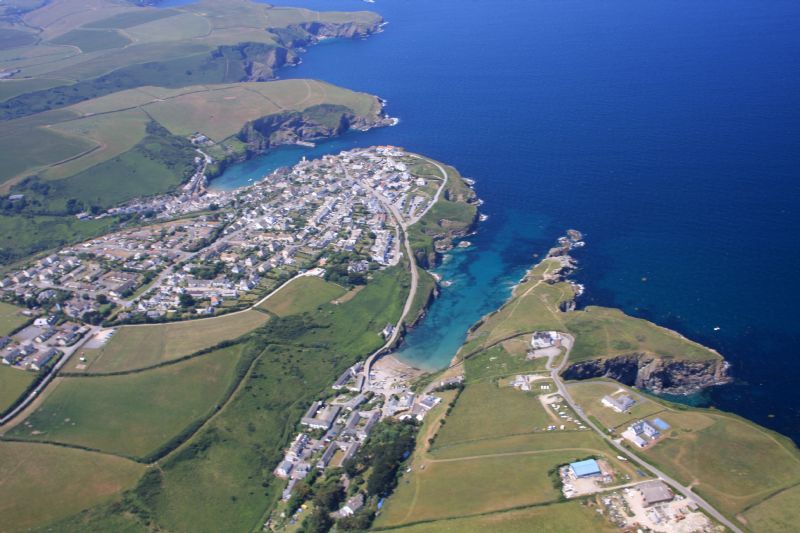 Port Isaac and its surroundings

In recent years Port Isaac has been the filming location for the TV series 'Doc Martin' where it is known as Port Wenn.

Originally established as a port during the Medieval period, herring and pilchard fishing was the mainstay occupation of this port for centuries and during the 1800s, the peak of its industrious past, not only was the harbour an important centre for the loading and unloading of fish but also for pottery, timber, coal and Delabole slate, an important stone in this part of Cornwall. The remains of a pier dating from the reign of Henry VIII are still visible.

The old pilchard cellars, where the fish were processed, pressed and packed are still here on Roscarrock Hill, now used as the home of the RNLI inshore lifeboat.

The name Port Isaac is believed to be derived from the Cornish words 'porth' meaning bay, port or harbour and 'issec' meaning corn.

The harbour area is referred to locally as The Platt and is today still an important part of the fishing community.

Tiny, narrow alleys, in Cornwall known as 'opes' wind their way through the heart of Port Isaac, past sturdy white-washed stone cottages, many slate hung. Many of them bear strange sounding names such as Shuggy's Ope. One such ope on Temple Bar is particularly narrow, earning it the name of Squeeze-ee-Belly Alley.

John Wesley visited Port Isaac and described it as “the liveliest place in the [Methodist] circuit”.

For a fine viewpoint over the harbour and village take a walk up Roscarrock Hill and admire the view to your right.

Evidence of the area's more ancient history and of archaeolgical interest is the site known as Tregeare Rounds which stands South of the town, towards the B3314. An Iron Age hill fort excavated in 1904 which is believed to date from around the 1st Century BC.

Until around one hundred years ago, Port Isaac was part of St Endellion parish. Then in 1913 Port Isaac gained its first Vicar and and its C of E chapel became a parish church.


Where to Stay in Port Isaac

The village has very good facilities with many interesting shops and an excellent range of accommodation in the village and surrounding area.

There is a Link cash machine at the Cooperative Supermarket. The machine is free to use.

Mobile Top-ups are available at the ATM machine above.


Do you have information of a historic or community interest about Port Isaac which you would like featured on this page please email us with your information. 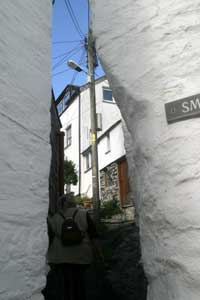 Port Isaac and the surrounding coastline