St Keverne is a Lizard parish, one of the largest parishes in Cornwall consisting of the church town of St Keverne and the towns of Porthallow, Porthoustock and Coverack

The churchtown is centred on a square

St Keverne is well known for being the home of the leader of the Cornish rebellion of 1497, Michael An Gof (in Cornish, 'the smith') the local blacksmith. A statue of him stands in the village.

Named after its Saint, the town is called Lannaghevran in Cornish.

The parish church of St Akeveranus is unusual in having a spire and it is one of only 3 churches in Cornwall with more than 10 bells. St Kevwrne Church is one of the largest parish churches in Cornwall. The church stands on the town square. The present building dates from the 15th century but there was an older church here. The church of the middle ages was an important collegiate centre. Today, a 32 pounder cannon - carronade - stands outside the church, salvaged from the wreck of HMS Primrose in 1978.

The churchyard contains the graves of many shipwreck victims, wrecked on the infamous Manacles, just off the coast from St Keverne. It is estimated that over 1000 ships and thousands of people have fallen prey to this treachorous reef which has been known to take several ships during one night.

One of the earliest known wrecks is from 1787, the Star Cross, the and one which caused the greatest loss of life, the John, a barque from which 120 people were lost.

The SS Mohegan, a 7000 ton passenger liner on her second voyage in 1898, found herself on the wrong course and ran onto the Manacles. 106 people including all the crew were lost so it was never possible to discover why the ship had been so far from its planned course.

The Cornish tenor, Charles Benjamin Incledon was born in St Keverne in 1763. The son of a local doctor, he became famous for opera, oratorio and ballads, performing at Covent Garden in London. He died in 1826 in Worcester.

There is a cash machine at St Keverne SPSO on the square. Other nearby ATMs are at Mullion and Helston. Some machines may make a charge and may only be accessible during shop opening hours.


Do you have information of a historic or community interest about St Keverne which you would like featured on this page please email us with your information. 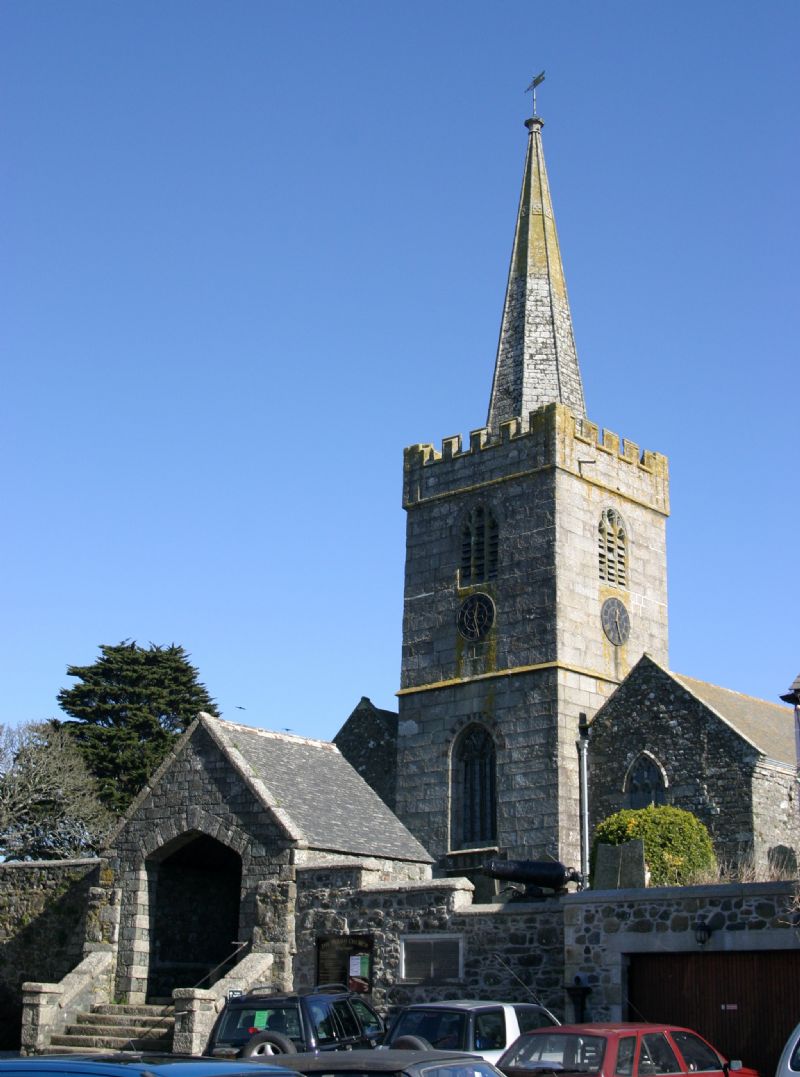 Churches
War in Cornwall
'10 of the Best'
Guides to Cornwall